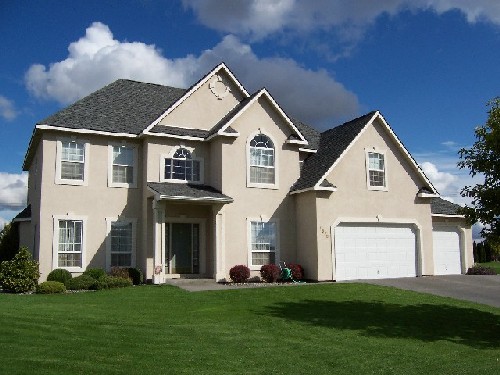 By GavinJones on 16th May 2010 in Investment

In a high-rise apartment building in Minnesota's capital city, two 23-year-old men roll out of bed every morning, convene on a living room futon and fire up their laptops to check on a couple dozen properties they've listed for sale in Iraq.

Half a world away, their colleague, also 23, is already on the move in Baghdad: Showing houses and appraising properties as he navigates around concrete blast walls and police checkpoints.

"What we are aiming to do is create a name for our business," said Ali al-Robaie, the Iraqi who teamed up with Americans Ishraf Ahmad and Derrick Turner to establish Forex Realty Consultants. "We know Iraq has a bright future, so we have a really big optimism in the Iraqi market."

Ahmad and Turner, who've yet to visit Iraq themselves, were undergrads at Minnesota's Carleton College when they hatched a plan to get a piece of Iraq's real estate market. They recruited equal partner al-Robaie through a Craigslist ad, and less than two years later, they've sold five residential and business properties and done appraisals and other services for another 15 or so clients.

Currently, Forex has about 35 listings ranging from a mansion with views of the Tigris River to a twin home near the University of Baghdad touted on the company's website as "great for two brothers."

Seven years after the U.S. invasion of Iraq and less than six months from the promised pullout of U.S. combat operations, the three young entrepreneurs are treading where many, much larger U.S. companies are still reluctant to venture.

"We need to get more Americans out there taking advantage of the investment opportunities," said Yasmin Motamedi, executive director of Middle East initiatives for the U.S. Chamber of Commerce.

Real estate prices, in particular, have risen considerably in recent years in Iraq, due to a lack of housing in Baghdad, improved security and the expected influx of cash from increased oil production, said Gavin Jones, co-founder of Upper Quartile, an Edinburgh, Scotland-based advisory firm that has worked extensively in Iraq.

Yet, investing in Iraq is still considered risky business thanks to red tape and rampant corruption. Transparency International ranked Iraq 176 out of 180 countries in its latest index of corruption, with only Sudan, Afghanistan, Myanmar and Somalia scoring worse.

"If I were looking at buying stuff there, I'd be very, very careful. ... A lot of the laws and systems in Iraq are still based on the Saddam-era regulations," Jones said.

For the three partners, Forex is less about politics and more about opportunity. "Coming out of college and looking at this economy, both of us knew that we wanted to do something a little different than just a nine to five job," Ahmad said.

In May 2008, Turner was studying in Europe when he read an article about skyrocketing property values in Iraq. When he returned home, he and Ahmad spent many late nights discussing how they might capitalize on it.

There was one problem. Neither knew a whole lot about real estate.

"We both read 'Real Estate for Dummies,'" Ahmad said. They researched, drew up a business plan and recruited al-Robaie, an Iraqi native who was living in Sweden at the time.

While Ahmad and Turner recruit expatriate customers, operate the business website and manage paperwork, it's al-Robaie who's on the ground. On a recent spin through the Jadriyah neighborhood, he showed off a listing — a mansion he said was once owned by an ambassador. Thick, vine-covered walls surround the sprawling, 46,285-square-foot parcel of land.

The main entrance is guarded by a bulletproof gate and a pop-up barrier to stop cars from getting too close. For an asking price of $8.6 million, the next resident can enjoy a swimming pool, a renovated American-style kitchen, and a view of the Green Zone across the Tigris River.

"This is a pretty safe area because a lot of state people live here," al-Robaie said.

So far, sellers have found Forex mainly through Google searches — though they hope to soon begin physical advertising in heavily Arab parts of Michigan and California. Ahmad and Turner, who are based in St. Paul, also talk of opening a U.S. office, possibly in Michigan.

One customer — Basil Fayadh — said he found Forex by searching "Iraqi real estate" on Google, after his expatriate parents decided last summer to sell a house they still owned in Baghdad more than 40 years after leaving Iraq.

As a child, Fayadh remembered his parents occasionally mentioning the place. But he thought little of it until a visit with his parents in Cleveland, when his father dug out a faded copy of the deed.

"I said, if this thing is still standing, we ought to sell it," said Fayadh, 35, a currency trader in New York City. He said Forex was the only firm he could find offering a link between U.S. sellers and Iraqi buyers.

To Fayadh's shock, al-Robaie quickly found the house, which had been occupied the entire time by the same man.

For weeks, Fayadh said, he spoke on the phone every day to Ahmad, as they navigated what Turner has dubbed the "Iraq-cracy" — the cumbersome bureaucracy that permeates daily life in the country. Fayadh finally sold it to the long-time occupant for more than $400,000; he and his father traveled to Amman, Jordan, where they met al-Robaie and the buyer to finalize the deal.

"These guys were pros," Fayadh said. "You know, I knew they were young and there were a few times when their inexperience showed, but they really stuck with it."

One Response to Young Real Estate Entrepreneurs Link US and Iraq