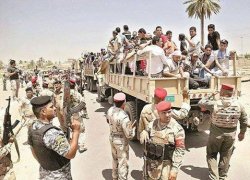 A number of recent reports have suggested the Islamic State is “losing” the fight in Iraq. Does this mean the end of the organization?

It's a topic I wrote about at length for Dubai based consultancy The Brecon Group.

In the long term of course, the answer is no. ISIL (the Islamic State of Iraq and the Levant) may suffer huge losses amounting to the majority of its manpower.

But even if reduced from perhaps 15,000 to a couple of thousand fighters in Iraq (where we are heading at the current rate) that would still be close to Al Qaeda in Iraq's strength during one of their more difficult years, 2008.

In that year, the "Islamic State of Iraq" were diminished but still able to control terrain, prepare devastating VBIED (car bomb) waves and regenerate by taxing and extorting the population in their strongholds. Critically, they depended upon and exploited the collapse of national level politics in Iraq.

So ISIL will menace Iraq and Syria for decades, but a combination of intensive coalition air strikes and massive anti-ISIL force offensives have left the group facing overwhelming odds.

We may be in the last year of ISIL the terrorist army (with tanks and battalions) but ISIL the terrorist group is here to stay: in the absence of a lasting post Baath political settlement in Iraq, the group will always retain a recruitment appeal, while being able to exploit seemingly unending chaos in Syria.

7 Responses to Is the Islamic State "losing?"