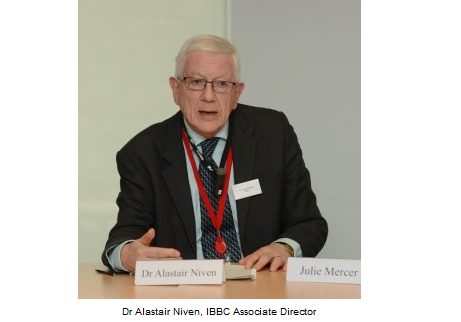 The Iraq Britain Business Council (IBBC), jointly with the British Universities Iraq Consortium (BUIC), held a daylong event sponsored by the British Council in London on different aspects of academic partnerships between Iraq and UK.

Baroness Nicholson of Winterbourne, IBBC Executive Chairman, HE Prof Al- Mosawi, Cultural Attache of the Iraqi Embassy, Amir Ramzan, Director of the British Council in Iraq, and Dr Alastair Niven, IBBC Associate Director and organiser of the event, welcomed the audience and highlighted the great value of the ongoing academic collaborations. Baroness Nicholson also mentioned the work of IBBC members and their firm commitment to local training, recruitment and social responsibility.

There were presentations by the Universities of Leicester and Kufa and the Universities of Northampton and Babylon. The University of Reading also contributed by explaining its Iraqi-Iranian collaborations in Archaeology. Kingston University and the Imperial College of London held a session on e-health and mobile health projects in Iraq.

The University of Southampton made a presentation on the supervisor/student partnership, which was followed by a panel discussion on Opportunities and Challenges for Higher Education and how it could support Iraq’s development.