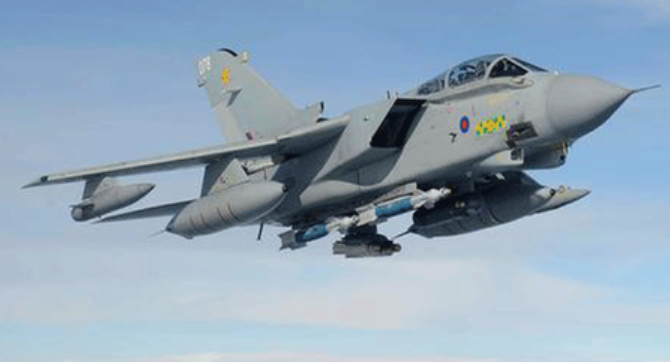 By Bob Tollast on 9th September 2015 in Security

The Royal Air Force has launched a total of 300 sorties against the self proclaimed "Islamic State," according to a report on the strikes released by the UK's Ministry of Defence.

In military parlance, a "sortie" is a mission where bombs are dropped, as opposed to a mission which may not find any targets. According to The Financial Times, drone missions flown by the UK against IS in Syria and Iraq are set to double, following a drone strike against two British nationals who had joined IS in Syria.

The report mentions some hitherto unknown facts about the British air war against IS. For example, it notes how strikes have recently been carried out in the town of Baiji, where IS have been trying to seize an oil refinery since last June.

One recent mission at Baiji destroyed 3 building apparently used by IS forces, while another recent mission supported Kurdish forces near the town of Sinjar--a site of IS atrocities against the Yazidi minority.