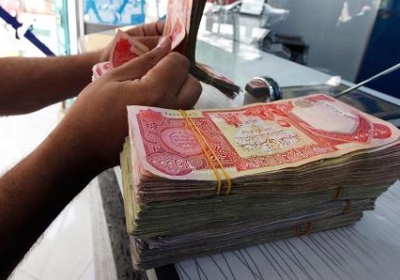 Nowadays one reads with increasing frequency that high-denomination bank notes should be eliminated. (Take this NY Times editorial as just one example.) Hundred dollar and five-hundred euro bills, it seems, are for cocaine cowboys and terrorists. Honest people use credit cards and checks or maybe their mobile phones. Some commentators even look forward to the eventual elimination of cash altogether.

Such claims tend to overlook the essential role that bank notes play in places like Iraq, where the absence of effective banking supervision and the rule of law makes it difficult for deposits to play their normal role as a medium of exchange and store of value. In conflict and post-conflict economies, hoards of hundred-dollar bills don’t primarily serve the needs of criminals. They provide the primary means of effecting payments and storing wealth for the vast majority of individuals and private sector companies.

Last month I did a project with the AUI-S Institute for Regional and Institutional Studies that looked at the operations of the two main players in Iraq’s cash-based economy—the money transfer companies (MTCs) and non-state banks. It was easy to see that their main business is not money laundering but rather the operation of payment systems.

They can also be thought of as the essential elements of a fully reserved monetary system. The banks generally hold most of their deposits in the form of vault cash or central bank reserves while the MTCs’ “reserve backing” effectively consists of bank notes stored in their customers’ own homes and businesses.

Surprisingly, it turns out that Iraq’s cash economy bears a close resemblance to the banking schemes that Austrian economists have proposed as a means of eliminating boom-bust investment cycles. But the Iraqi version is only a last resort, the best that can be achieved in the absence of reliable public governance.

It is also, however, one of the outstanding success stories of the Iraqi private sector—a means of keeping economic activity from collapsing in an environment with few effective legal safeguards or government regulations. The main result of eliminating cash in Iraq would be reversion to a barter economy, not the reduction in criminality that Western pundits have imagined.

For more on this topic, check out my latest IRIS Iraq Report, which shows how fully reserved banking has become the norm in Iraq’s private financial sector, describes the business models of the money transfer companies and privately owned banks, and considers some policy implications.

8 Responses to A Case for Cash