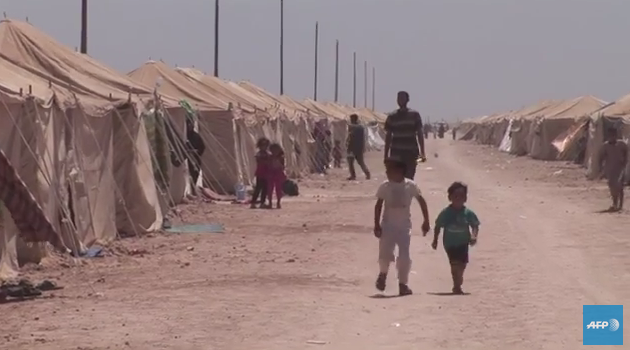 Supranational organizations and countries at the US State Department organized Washington donor conference have made pledges of hundreds of millions of dollars for Iraq.

This will take some financial strain off the Iraqi government as it struggles to assist over 3 million displaced people, amid slumped oil revenue and ongoing war expenditure.

More pledges are expected, and the amount raised has already exceeded a hoped for sum of $2 billion. At the conference, Christos Stylianides, EU commissioner for humanitarian aid and crisis management warned the forthcoming Mosul battle would require the international community to step up support.

Communities in Sunni majority areas of Iraq have struggled after ISIS have been expelled, with many homes destroyed by fighting and mines and IEDs placed by the terrorists still in many neighborhoods. After Fallujah was liberated last month, tens of thousands of refugees had no option but to live in tent cities as the Iraqi government struggled to deploy adequate aid and facilities.

Pledges to help so far include €194m ($215.5m) in aid from the European Commission, £50m ($66m) from Britain's Department for International Development (Dfid) and CAD$158m ($121m) from Canada's international development organization.

Canada will also assist with loan guarantees worth $200m. More welcome news came as Kuwait, the Gulf State which has maintained good relations with Iraq since 2003,  promised $176m for refugees.

Other assistance, mostly to Iraqi refugees in Jordan and Turkey, will come from the European Bank for Reconstruction and Development and the International Monetary Fund.