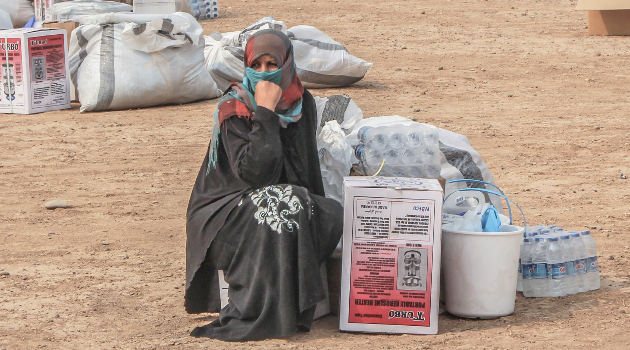 By Editor on 20th February 2017 in Healthcare, Security

The military operations to retake Mosul from the Islamic State of Iraq and the Levant (ISIL) resumed on 19 February. Iraqi Security Forces are moving towards the city from the south-west, through lightly-populated areas.

To date, some 160,000 of the almost 217,000 people who have fled hostilities since 17 October are living in displacement, while over 57,000 have returned to their homes in newly-retaken areas. Serious concerns remain for the protection of the estimated 750,000-800,000 civilians in the densely-populated west of the city, where food, water and fuel are already running low.

The initial humanitarian impact is expected to be light, as security forces move through sparsely-populated areas. Emergency relief will be provided to people in outlying villages as soon as security allows. As the fighting reaches more heavily populated urban areas, a variety of possible scenarios could unfold, including providing assistance to people displaced by the fighting and in situ.

Between 250,000 and 400,000 people could flee the fighting in the west of the city. Given the narrow streets and high population density in western Mosul city, civilians are at great risk of being caught in crossfire, and infrastructure is likely to sustain significant damage.

Government and humanitarian partners are expanding camp capacity to house the anticipated numbers fleeing from the west of the city. Some 9,800 family plots are available, which could accommodate almost 59,000 people immediately. Up to 39,600 plots could be available by the end of February, according to planning projections.

Efforts are being made to increase trauma capacity close to the city, to maximize the number of people receiving treatment in the first ‘golden hour’ after injury, and two additional trauma stabilization points have been established. There is currently no humanitarian access to western Mosul city.

In eastern Mosul, ongoing humanitarian assistance is needed to provide food, water and health care. Humanitarian partners are trucking 2.3 million litres of water into eastern neighbourhoods on a daily basis to supplement the municipal supply. Emergency packages of food, water and essential household and hygiene items have been delivered to 878,000 people in eastern neighbourhoods and newly-retaken areas since operations began on 17 October.

UN missions to neighbourhoods in eastern Mosul were briefly postponed due to security considerations, but front-line partners were able to continue delivering assistance to people in need. UN agencies have now resumed their missions to the east of the city.

(Source: UN Office for the Coordination of Humanitarian Affairs)