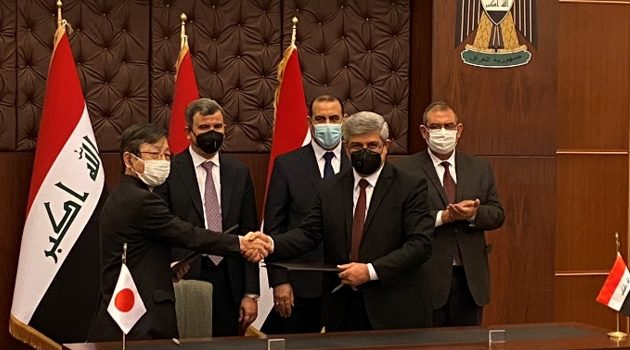 This project is the largest Japanese ODA loan project in Iraq. Under the assistance of JICA's concessional loans (low interest rate at 0.20% and the repayment period of 40 years including 10-year grace period). It is expected to be completed in 2025.

According to a statement from JICA, the project to construct Iraq's first-ever FCC Complex will unleash the potential of Iraq's refining sector to produce the larger volume of the high-value outputs, promote the transfer of refining technologies from Japan and help save valuable foreign currencies to import huge amount of fuels.

It says the new plant will also reduce sulfur content in the oil products in accordance with the international environmental standards, adding:

"The project is expected to pave the way for energizing private sector involvement in the downstream of Iraq's energy industry and provide economic and employment opportunities for the people of Iraq, especially in Basrah.

"JICA looks forward to the collaborative efforts made by Iraqi government and the contractor to overcome every challenge to be encountered during project implementation, including the ongoing COVID-19 pandemic.  JICA reaffirms its commitment to making every possible means to support in delivering the project benefits and realizing its effectiveness."