During the meeting, issues of concern to the Gulf Cooperation Council and Iraq were also discussed, as the Minister welcomed the results of the Al-Ula summit and the return of normal relations between the Kingdom of Saudi Arabia and Qatar, indicating that the natural relations between countries in the region effects positively the Gulf countries and Iraq.

The two sides also discussed economic issues with the Gulf states, and the issue of electrical interconnection and the war against terrorism in addition to preparations for holding early elections in Iraq, and cooperation and coordination in building good relations with regional countries.

On his part, the Secretary General of the Gulf Cooperation Council, Dr. Nayef Al-Hajraf, stated that the Cooperation Council is keen to strengthen relations with Iraq, pointing out that the electrical interconnection program is one of the most important projects that will benefit all. 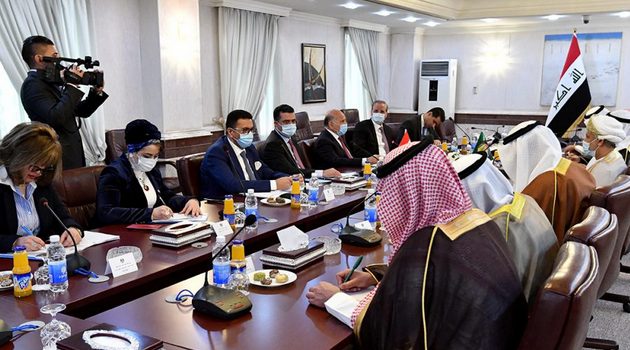