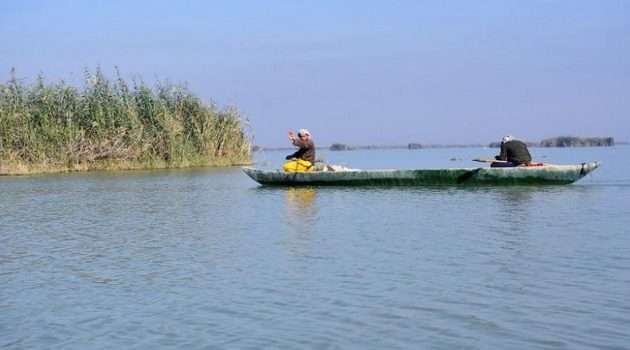 As COP26 negotiations conclude, call for urgent climate action in Iraq is louder than ever

The United Nations in Iraq has welcomed commitments made at COP26 in Glasgow but stresses the need for urgent action on these promises to limit climate change's adverse impacts on human rights and sustainable development in Iraq.

Commitments made at the UN Framework Convention on Climate Change (UNFCC) conference - attended by a Government of Iraq high-level delegation from representatives of the ministries of Environment, Finance, Foreign Affairs, Higher Education, Industry and Oil, as well we representatives from the private sector - include:

Additionally, the Glasgow Climate Pact cites several areas of cooperation relevant to Iraq, including the need to boost funding for diverse climate technologies and a stronger commitment to capacity building.

"Iraq is a country vulnerable to the negative impacts of climate change - one of the most vulnerable in the region and indeed the world. We are grateful to the United Nations Development Programme in Iraq for its ongoing support to climate action in Iraq, and for supporting the delegation to this important conference," says Iraq's Acting Minister for Environment, Dr Jassem Al-Falahi.

"Climate Change in Iraq is a severe threat to fundamental human rights and creates barriers to sustainable development. Across the UN system in Iraq, we are working on the key components of climate action - from awareness-raising and adapting to climate change, to mitigating its risks. With COP26 now done and dusted, we urge world leaders to make good on their promises, many which are critical to supporting a cleaner, safer and greener Iraq," she says.

"UNDP Iraq was proud to support the Government of Iraq's formal submission of its NDCs, as well assisting the delegation to COP26 to ensure Iraq's needs were firmly placed on the global agenda. Our support to the country's fight against climate change does not end with COP26, and we look forward to continuing our work with the Government, UN partners, the international community and others to implement Iraq's NDCs and turn the conference outcomes into tangible actions," she says.

The Massive Challenge of Climate Action in Iraq