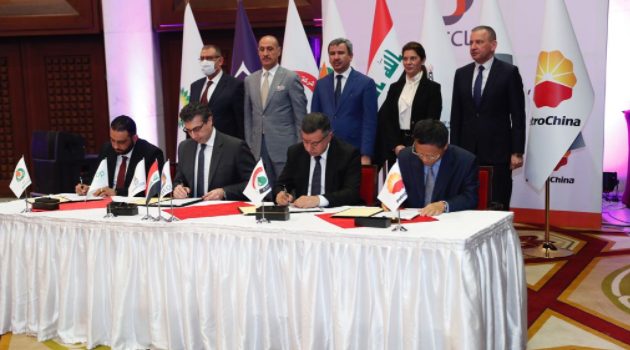 The Iraqi Ministry of Oil has officially established the new Basra Energy Company (BECL), which will be the main contractor at the giant Rumaila oilfield, under a Technical Service Contract (TSC).

Representing BECL at the ceremony, Zaid Elyaseri (BP) said the field will be developed to reach a peak production of 1.7 million barrels per day (bpd), up from the current level of approximately 1.45 million bpd.

Oil Minister Ihsan Abdul Jabbar added that, "PetroChina and BP are the two shareholders with SOMO and Basra Oil Company (BOC)." PetroChina is a subsidiary of the China National Petroleum Corporation (CNPC).