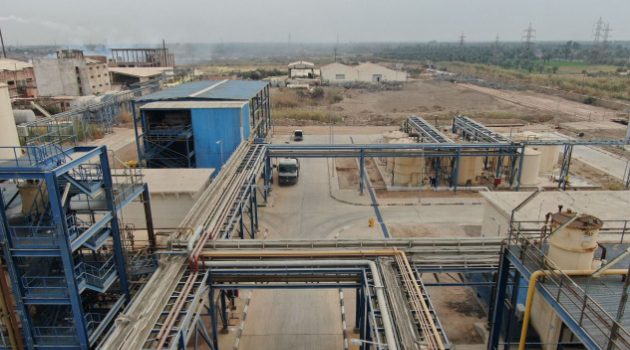 By Editor on 20th December 2021 in Iraq Industry & Trade News

The Al-Furat General Company for Chemical Industries and Pesticides has rehabilitated its soda and chlorine factory, which had been inactive for 13 years.

The company, which is part of the Ministry of Industry and Minerals, says the factory operates with environmentally friendly membrane cell technology, and contains four lines to produce four products, including liquid chlorine with a capacity of 40 tons/day.

It adds that the factory is the only one in Iraq to produce chlorine, which is used to purify drinking water.