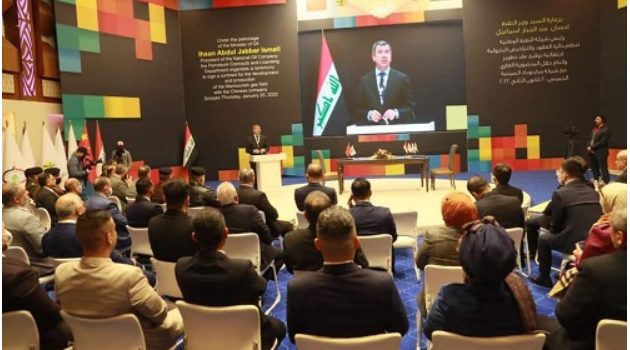 The Chinese company Sinopec (China Petroleum & Chemical Corporation) has signed a deal to develop the Mansuriyah gas field in Diyala.

The field, near the Iranian border, is expected to produce 300 million standard cubic feet (Mmscf) per day of gas, which will be used for electricity generation and "various industrial projects".

With an area of 150 km2 and gas reserves estimated at 4.5 trillion standard cubic feet, Mansuriyah is the second largest gas field in Iraq, after the Akkas field in Anbar Province.

Sinopec will have a 49-percent interest in the field, with Iraq's state-owned Midland [Middle, Central] Oil Company having 51 percent.

Previous information suggested that the contract will run for 25 years, and may be extended for an additional five years.

The signing follows the initial announcement of the award in April 2021. At the ceremony, the Minister for Oil clarified that the "final" contract will need to be signed by the next government.