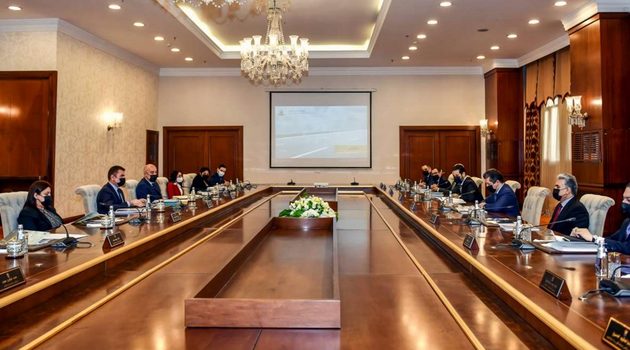 In the meeting, the Council discussed a report from the committee previously formed by the Council and tasked with overseeing the process of rearranging taxes and tariffs collected by government institutions, in order to use that money to better serve the people of the Kurdistan Region.

The report included several recommendations for KRG institutions on how to organize taxes and tariffs with consideration to the financial situation of people, including further digitization of revenue systems, reducing bureaucracy, and making records publically available to promote transparency.

Prime Minister Barzani praised the Council for their work and emphasized the importance of digitization, particularly in recording income and spendings which will increase transparency and reduce corruption and bureaucracy.

After discussions, the recommendations were approved by the Council, alongside an implementation framework in collaboration with relevant authorities, which will include individual deadlines for each proposal.

The Council also discussed the economic situation and emphasized the importance of rearranging non-oil revenue, as negotiations continue with the federal government to secure the Kurdistan Region's share of the federal budget.

The Council tasked the Ministry of Finance and Economy with taking the necessary measures to ensure the continued distribution of salaries.