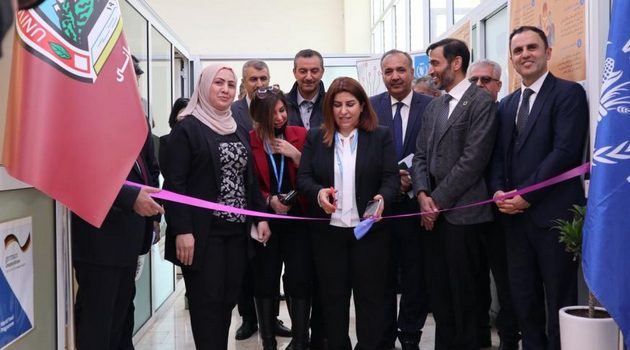 By Editor on 14th March 2022 in Construction & Engineering In Iraq

The United Nations World Food Programme (WFP) has helped provide a new solar power system for the Career Development Centre at the University of Sulaymaniyah.

The centre is a key structure for the EMPACT (Empowerment in Action) project, WFP's pioneering digital skills, English and entrepreneurship training programme, which runs across Iraq. Starting in 2017 in Sulaymaniyah governorate as a pilot, EMPACT expanded to Anbar, Baghdad, Duhok, Erbil and Mosul.

The initiative has won multiple awards for its innovative approach supporting vulnerable youth - internally displaced people (IDPs), Syrian refugees and their host communities - with the training and skills they need to take up work opportunities, including online, or to start small businesses.

"Through this new solar power system, WFP and the University of Sulaymaniyah created a sustainable, green energy solution, to continue improving livelihoods for youth through EMPACT," said WFP Iraq Representative Ally Raza Qureshi. "Given the impact of climate change in Iraq, which has the worst effects on the most vulnerable people such as youth and women, the adoption of green energy solutions with the University of Sulaymaniyah is even more timely. Iraq has huge potential for renewable energy adoption, which is a priority among its commitments made to climate action, including at last week's Baghdad International Water Conference, on which WFP and our UN partners collaborated. We thank the people and government of Germany, without whose support this initiative would not be possible."

WFP is working closely with the Government of Iraq and partners on addressing the root causes of climate change and adaptation, and national policy to support the most vulnerable families. WFP is committed to using renewable energy solutions in its projects, part of its climate action. As well as climate-smart programmes, the solar power system is one example of how WFP weaves climate change sensitivity into all its work, such as recycling and avoiding plastic use through reusable water bottles.

Since 2020, WFP and University of Sulaymaniyah have successfully partnered on running EMPACT courses, supporting 520 students to graduate. These young graduates are a small portion of the thousands of students who graduated since 2017, and thousands more of their family members. WFP also runs EMPACT in Colombia, Kenya, Lebanon, Turkey and Zimbabwe. Students learn a wide range of skills including office software, image editing and visual production, and coding such as HTML or Python.