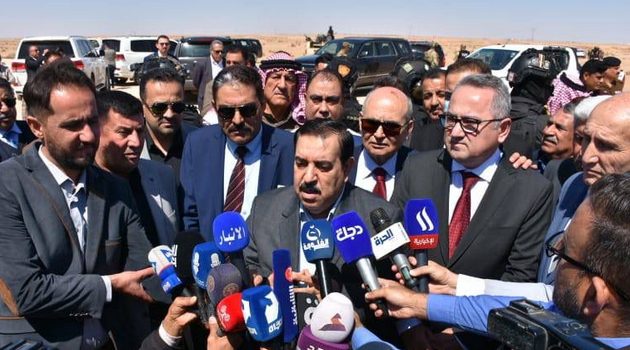 By Editor on 28th March 2022 in Construction & Engineering In Iraq, Iraq Transportation News

Turkish building company Polikon is to start work on a new airport in Anbar.

The Governor of Anbar, Dr. Ali Farhan Al-Dulaimi, handed over the land designated for Anbar International Airport to representatives of the company on Thursday, according to a statement from Anbar Governorate.

Work on the first phase of the airport is expected to start in the coming days.

Shafaq reported last year that the airport was designed by a Turkish company called Selkom, and that it will be built on a 3,000-donum (300-hectare) site west of Ramadi. It is to have a capacity of 500,000 passengers per year.

According to the Polikon website, "[the company] has been established to construct various superstructure, infrastructure, industrial and residential building projects in our home country Turkey and abroad. Polikon is active since long years in Russia, Ukraine, CIS Countries, Algeria and Iraq."