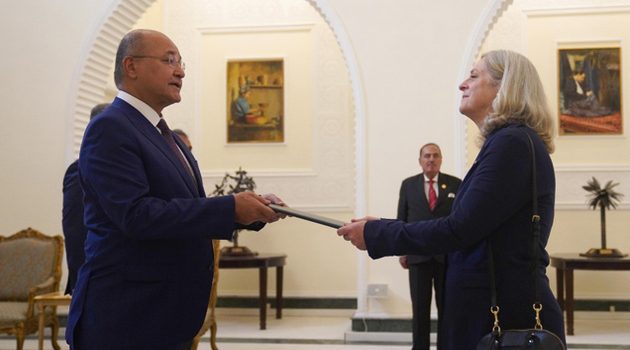 She reiterated the U.S. commitment to the bilateral relationship with Iraq under the Strategic Framework Agreement, which defines Iraq as one of America's most important and strategic partners in the region.

According to a statement from the US Embassy in Baghdad, under Ambassador Romanowski's leadership, Mission Iraq will continue its cooperation with its Iraqi partners toward the shared goal of a secure, stable, and prosperous democracy.

Ambassador Romanowski succeeds Ambassador Matthew H. Tueller, who has held the post since 2019.

One Response to New US Ambassador presents credentials to Iraqi President