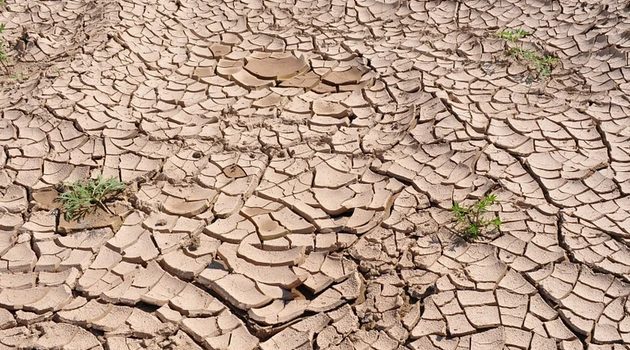 On World Day to Combat Desertification and Drought, UN and NGOs call for action to support Iraq in managing water and adapting to climate change

As Iraq confronts multiple challenges caused and exacerbated by climate change, including prolonged heat waves, declining precipitation, loss of fertile land, salinisation, insufficient infrastructure investments, transboundary water shortages and a prevalence of dust storms, the UN and NGOs in Iraq mark World Day to Combat Desertification and Drought with a call for action to protect the country from the devastating impacts.

Iraq is among the top 5 countries most affected by climate change, and the 39th most water stressed. Last year's record low rainfall - the second driest season in 40 years - has led to water shortages, desertification, and soil erosion due to unsustainable agricultural practices and shrinking, damaged vegetation cover. Conflict has devastated land and water sources in Iraq, causing further soil erosion and contamination, while political uncertainty poses challenges to environmental governance.

The drastic decrease in farmland and biodiversity in agriculture, land degradation and the increase of sand dunes have all added to the strain, leading to animal migration and deaths. Some examples are the multiple dust storms experienced so far in 2022, which have even caused human fatalities, or Sawa Lake in Muthanna governorate drying up this year due to the water crisis.

Left unattended, projections to 2040 show increasing stress on Iraq's water sources, which also face significant challenges from pollution caused by the oil industry and sewage, weak environmental governance, and fires. Coupled with water scarcity, the removal of topsoil and decline in land productivity have led to reduced food production in Iraq.

A 2021 survey, covering 7 governorates, found 37% of wheat farmers and 30% of barley farmers suffered crop failure. At the same time, incomes have plummeted as farmers do not have the harvested crops to sell, which directly impact upon food security.

The 4 million people living in Iraq's downstream Basra governorate are most affected by water scarcity. The marshlands of Iraq, with their deep cultural and human heritage, and natural resources for livelihoods, once represented the first line of defence against climatic changes and environmental damage.

Reduced river water levels in the once great Tigris and Euphrates have led to rising salt levels and deteriorating water quality. With annual evaporation up to 3 metres and lower river water, sea water has moved upriver to al-Qurna, destroying 60,000 acres of agricultural land and 30,000 trees.

As of March 2022, the displacement of an estimated 3,000 families due to drought and environmental degradation had been recorded across 8 governorates in central and southern Iraq. Recent studies have shown water scarcity to be one of the primary drivers of migration from rural to urban areas, alongside challenges to sustainable agriculture and food security.

Desertification and water scarcity disproportionately affect the most vulnerable. Vulnerable families who have already suffered from conflict and displacement now risk being caught in the cycle of poverty for longer. Of particular concern are children in rural areas, who missed education opportunities due to conflict and COVID-19, that may now be forced to turn to child labour and early marriage to financially help their families meet their basic water and food needs.

With the combined support of local and international actors, Iraq can work to overcome national and regional political uncertainty to mitigate the effects of climate change and land degradation, and address transnational water management. National and local authorities can urgently pursue the legislation and improved practices required for sustainable water management and consumption.

The UN Decade on Ecosystem Restoration aims to prevent, halt and reverse the degradation of ecosystems worldwide. The UN and NGOs in Iraq are working with the government and Iraqi universities on smart monitoring systems to track progress or regression on environmental targets, climate, water resources and land use. Such data is critical to equip decision-makers with the knowledge required to take action and form policy. Information is shared with communities to publicly support action planning and community-led decision making on drought prevention.

Stabilizing the soil and protecting its vegetation cover by encouraging efficient water use, replenishing water reservoirs, rehabilitating irrigation infrastructure, planting more trees, bushes and shrubs, developing sustainable green belts around cities, controlling mining activities, improving the quality of the soil and protecting it from salinisation through more sustainable agricultural and farming techniques, are all required. Providing eco-friendly irrigation solutions, and re-skilling farmers, for instance, in drip and smart types of irrigation, saves water and has a transformative positive impact.

From local community, local authorities and national government to international actors: only together, with the support of all, can we ensure a healthy future for Iraq's land and water and the people who depend on it.