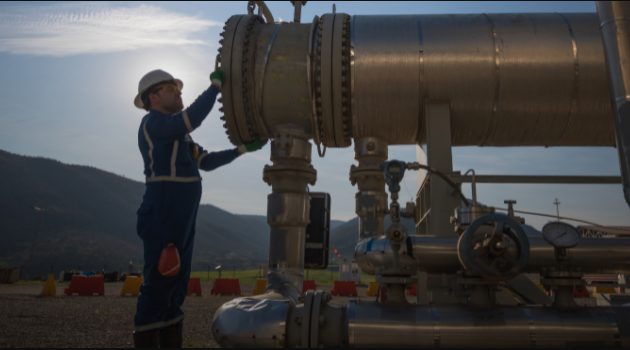 Shares in the company closed down 4.4 percent.

"Following a year of strong operational and financial performance in 2021, our leverage to the oil price, low-cost production base and focus on capital discipline have continued to drive significant cash flow generation from the Shaikan Field in 2022. We have declared sector-leading dividends of $190 million year to date, $75 million of which is subject to shareholder vote at today's AGM, while continuing to invest in the high growth potential of the Shaikan Field. We also remain focused on maintaining a robust balance sheet and today we are pleased to announce our intention to call the $100 million outstanding bond, leaving the Company debt free.

"Year to date production has averaged c.44,900 bopd. We are prudently managing our wells to avoid traces of water and, as a result, we are tightening 2022 gross production guidance to 44,000 - 47,000 bopd. The installation of water handling facilities will unlock upside production potential and we continue to explore acceleration options in a supply constrained market. In the near-term, we continue to progress our well workover and intervention programme to optimise production. While timing of approval remains uncertain, we also continue to make positive progress on the FDP as we prepare to resume drilling and ramp up production.

"Ahead of our AGM later today, I would like to thank our shareholders, employees and other stakeholders in Kurdistan for their continued commitment and support. Together, we are focused on safely delivering the significant value of the Shaikan Field."

Update on ordinary and special dividend per share rate

The Company will disclose the pounds sterling rate per share for both dividends prior to their payment dates.

Further to Gulf Keystone's disclosure in its Annual Report and Accounts for the year ended 31 December 2021 regarding the FSC ruling, the Iraqi Ministry of Oil recently commenced legal proceedings with respect to the validity of Production Sharing Contracts ("PSCs") issued under the Kurdistan Region of Iraq Oil and Gas Law, an escalation in the long running dispute between the Federal Iraqi Government and the KRG on the management of oil and gas assets in Kurdistan. The Company has been advised that the Iraqi Ministry of Oil has raised a case in the Baghdad Commercial Court against several IOCs, including Gulf Keystone. Gulf Keystone also understands that the Iraqi Ministry of Oil has also written to contractors and service providers requesting them to cease working in Kurdistan.

Gulf Keystone notes the KRG's public assertion that the actions taken by the Iraqi Ministry of Oil are unlawful and that "it will take all constitutional, legal, and judicial measures to protect and preserve all contracts made in the oil and gas sector". Further, on 4 June 2022, the Judicial Council of the Kurdistan Region of Iraq stated that the Kurdistan Region of Iraq Oil and Gas Law "remains in full force" and that the Iraq Federal Supreme Court "lacks the constitutional authority" to invalidate the Law. Also, on 13 June 2022, the Ministry of Natural Resources stated that "the contracts entered into between the IOCs and the Kurdistan Regional Government are entirely in accordance with the 2007 Oil and Gas Law". The Company notes that the KRG has itself launched criminal and civil lawsuits which seek to protect the validity of the PSCs.

The Company continues to work closely with the KRG, its advisers and other stakeholders to protect its interests and will provide further updates on the matter as and when it is able and necessary to do so, recognising that this is a live legal matter and Gulf Keystone is not party to the resolution discussions between the Federal Iraqi Government and the KRG.