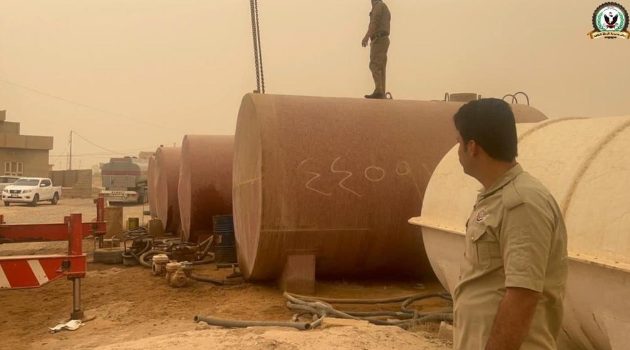 As part of the national campaign to eliminate the smuggling of oil derivatives, five vehicles prepared for smuggling were seized and four people were arrested in Salah al-Din Governorate.

Four large storage tanks were also seized at the smugglers' base.

A further four premises were seized in raids in Nineveh, Anbar, Babil and Basra, resulting in the arrest of five suspects and the seizure of large-capacity iron tanks loaded with 20 petroleum products, in addition to caravans and other materials used in the process of smuggling and illegal trade.