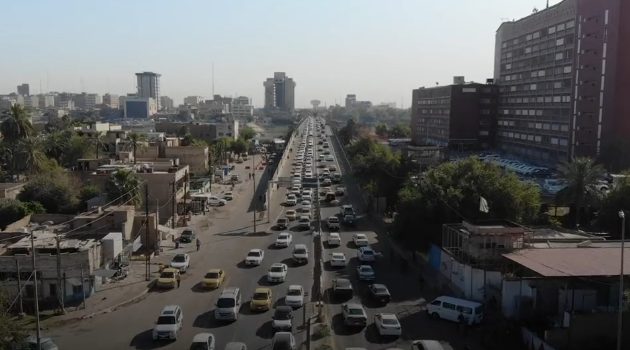 The United Kingdom and Japan have been chosen to co-chair the Iraq Economic Contact Group (IECG), which met earlier this week.

"Economic reform and diversification are key to Iraq's prosperity.

"Delighted the UK is now co-chair of the Iraq Economic Contact Group, along with Japan.

"Its job is to encourage and support reform, investment and green transition in Iraq and help develop a thriving private sector."

Statement of the Iraq Economic Contact Group of the G7, European Union and World Bank:

"G7 countries, the European Union, World Bank, and the IMF met yesterday to launch the JP-UK co-chairship of the Iraq Economic Contact Group (IECG). Economic diversification and resilience remain critical to Iraq's future prosperity - doing so will provide basic services for all, economic opportunities, including for women and youth, inclusive growth and greater stability for the Iraqi society. The IECG continue to stand ready to support the Iraqi Government in delivering this important agenda for the Iraqi people.

"The IECG encourages the Government of Iraq to revive its economic reform agenda, using increased oil revenues to invest in Iraq's long-term future -specifically, improved infrastructure, water and electricity provision, human development, and a green transition. Climate considerations should be integrated into its investments and development plans to improve food, water and energy security.

"Creating a thriving private sector is critical; reforms should focus on improving competitiveness, both domestically and internationally and improving transparency and tackling corruption. A strong and independent financial sector and a regulatory and tax environment that encourages entrepreneurship must underpin Iraq's economy; this will allow Iraq's dynamic and young workforce to flourish and create the businesses of the future, as well as invite foreign investment.

"A strong and targeted social safety net will ensure that most vulnerable groups receive adequate support; the IECG would encourage the Government of Iraq to take reforms on this forward.

"In this context, IECG members will continue developing their support to inclusive economic reform, private sector development, and effective social programmes to the people facing immediate needs, and will strengthen the partnership with the Government of Iraq on its economic and social priorities."

"The Iraq Economic Contact Group (IECG) was launched by the G7, European Union, and the World Bank in 2020 to support the government in implementing much-needed economic reforms.

"The group pledged to continue supporting economic reforms, social programs, and the agricultural sector in order to protect the most vulnerable groups in Iraqi society. It added that the reforms would assist the people by "strengthening food security in Iraq and increasing employment opportunities."