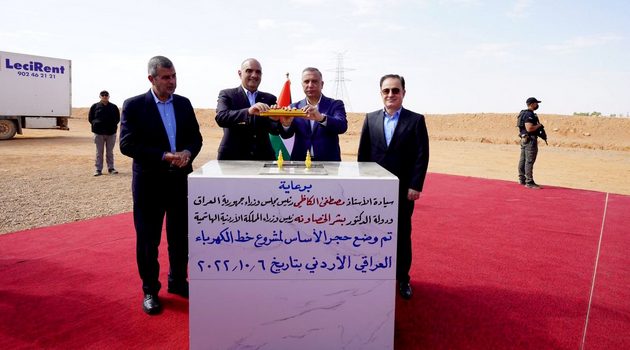 Iraqi Prime Minister Mustafa Al-Kadhimi and the Prime Minister of Jordan, Bisher Al-Khasawneh, have laid the foundation stone for the Iraqi-Jordanian electricity interconnector.

Al-Kadhimi said the project will help secure the exchange of energy between the two countries, and reflects the policy of openness and cooperation adopted by this government.

On the sidelines of the launch, the two sides held a meeting to discuss the development of regional cooperation, in light of the tripartite Baghdad summit last year between the leaders of Jordan, Egypt and Iraq.