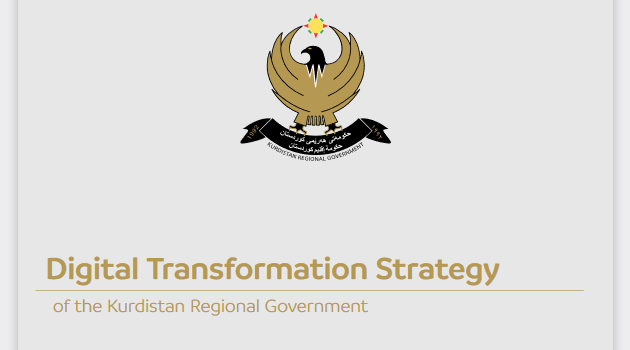 Prime Minister Barzani highlighted the significance of the strategy, which aims to put the Kurdistan Regional Government among the top electronic governments in the field of digitalization by the end of 2025.

The following is the full transcript of the Prime Minister's speech:

In the name of God
Dear attendants,
Good morning

I am fortunate to be presenting another important project here today, the Digital Transformation Strategy, which is part of the KRG's ninth cabinet's reform process of digitalizing public services and moving towards an electronic government.

Our goal with the plan is to make the KRG one of the top governments in the field of digitalization and electronic governments in the region in the next two to three years, by the end of 2025. Thus, we have a roadmap that we have begun implementing. The roadmap helps the Department of Information Technology and the Prime Minister's Office in defining the main tasks and priorities.

In August this year, a new digital driver's license system was launched for the first time. Then in September, we inaugurated the KRG's Advanced Data Center at the Department of Information Technology, which was another crucial step towards building the Kurdistan Region's digital infrastructure. It also serves KRG's institutions in providing better, faster, and more efficient services to the citizens of the Kurdistan Region. It is also a vital move towards promoting transparency, cutting bureaucracy, facing corruption, and limiting the waste of public wealth.

Soon, and as a part of the process of digitalizing public services, we will launch a new company registration system that will allow business owners and investors to register their companies in an easier, cheaper, and faster way which will have a beneficial impact on developing investments made in the Kurdistan Region.

Another digital project that is scheduled for launch next month is the E-visa system, which will facilitate travel for tourists and foreigners visiting the Kurdistan Region.

I once again thank the Department of Information Technology and Mr. Hiwa Afandi, his team, and all those who helped develop this strategy. I reaffirm our commitment to continue working on government digitalization which is one of the ninth cabinet's primary considerations.

A lot of hard work has been made, and we frequently say we want to build a strong economic infrastructure to help all the sectors of the government gain the people's trust and move towards a better and brighter future.

Many people may not perceive the significance of this project now. Indeed, it is not a building and its development process is not one visible to the eye of the people. But I am certain that the importance of the services it provides to all the citizens of the Kurdistan Region will be felt shortly. Consequently, our goal is to serve the people of the Kurdistan Region in a better and faster way.

Thank you for your attendance.