By Editor on 7th December 2022 in Ahmed Tabaqchali, Investment

The market, as measured by the Rabee Securities RSISX USD Index, was down 4.2%, and down 2.9% for the year.  The market's decline for the month was magnified by a 2.04% decline in the parallel market's price of the Iraqi Dinar (IQD) versus the USD, which accounted for about half of the index's decline. Apart from that, the actual decline in the index was mostly a function of a directionless and low turnover, market action taking the index to the low end of its two and half year up-trending channel (chart below), which still supports the market's positive technical picture. The macroeconomic fundamentals discussed here six months ago support our view that this uptrend will likely remain in force; however, its upward slope might moderate or even go sideways, as this month's action suggests. 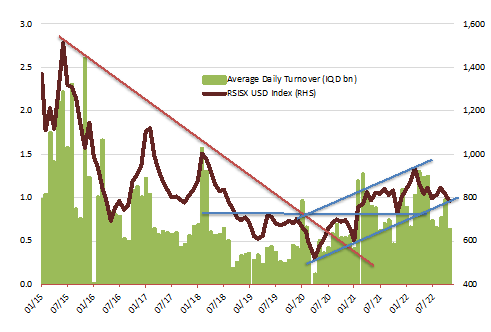 Most of the index's constituents were down, with the exception of Al Mansour Bank (BMNS) which was up 12.5%, Kharkh Tour Amusement City (SKTA) up 7.4%, while the Bank of Baghdad (BBOB) was flat. The decliners were led by Al-Mansour Pharmaceutical Industries (IMAP) down 9.0%, Al-Kindi of Veterinary Vaccines and Drugs (IKLV) down 8.0%, Baghdad Soft Drinks (IBSD) down 5.3%, AsiaCell (TASC) down 4.5%, Iraqi for Seed Production (AISP) down 4.3%, National Bank of Iraq (BNOI) down 2.8%, and the Commercial Bank of Iraq (BCOI) down 2.0%.

One of the most promising recent developments in the economy is increased capital investments, by businesses and individuals, brought about by the relative stability of the last five years since the end of the ISIS conflict. While these years were punctured by a number of shocks such as countrywide demonstrations in late 2019, the assassination of Iran's top general in Baghdad followed by emergence of COVID-19 and the crash in oil prices in 2020, undecisive elections in 2021 followed by a year of a political impasse, and most recently political conflict and violence in the summer of 2022; nevertheless, these shocks pale in comparison to those of the prior decades of conflict that Iraq has experienced. Crucially, these shocks were short-lived, and did not lead to self-reinforcing cycles of violence and conflict along the lines of the past. As such, this relative stability provided a more stable and predictable macroeconomic framework for businesses and individuals to operate in, and to plan for capital investments on a scale not seen in the last prior decades of conflict; that in turn, should be sustained by the population's pent-up demand for goods and services to catch up with the rest of the world. These developments were first seen in the immediate aftermath of the ISIS conflict through the revival of long-forgotten social activities, expressed in consumer retail consumption (restaurants, coffee shops, and malls) and construction as reported in AFC Iraq's travel report in the summer of 2019 "Significant Social and Economic Transformation".

Supermarkets are hardly a new development for Iraqis, having known them since the 1980's, and who had access to all the products and goods that are available in supermarkets worldwide since the country opened up to the outside world post the 2003 invasion. However, the relative stability of the past five years has brought with it a revival in the developments of supermarkets, most notably in Baghdad, that have seen increasingly larger-format purpose-built supermarkets.  Two examples of this trend, among others in Baghdad, that have opened in the last two years are Waffir in Inner Kharada Street in Al-Jadria, and the Al Warda in Salman Faiq Street in Kharada. The newer supermarkets do not come only with an extensive product range -i.e. a wide assortment, choice of brands and products including a wide selection of health products, wider aisles, and large spaces, but also provide card (both credit and debit) payment options in addition to the dominant cash payment method - an option that is becoming increasingly available in the city as an acceptable payment method as the gradual adoption of banking takes hold.

The development of supermarkets is likely to be boosted by the injection of foreign direct investments as can be seen by the announcement in mid-October that UAE-based Lulu Group International - with 239 supermarkets and hypermarkets in 23 countries with annual revenues of over USD 8 billion- is planning an IPO to consolidate its regional expansion, and moving into new markets including Iraq, and North Africa. In 2020, the group received an investment of USD 1 billion from the Abu Dhabi sovereign wealth fund (ADQ) to help it expand in Egypt.

The supermarket-sector is not the only sector to benefit from the interest of regional capital, as can be seen from an announcement in late October, that Saudi Arabia's Public Investment Fund (PIF) would invest up to USD 24 billion in Bahrain, Iraq, Jordan, Oman, Sudan and Egypt in key sectors ranging from infrastructure and healthcare to finance and food. Egypt and Iraq are significantly larger markets than the other four and thus should attract proportionally larger investments. 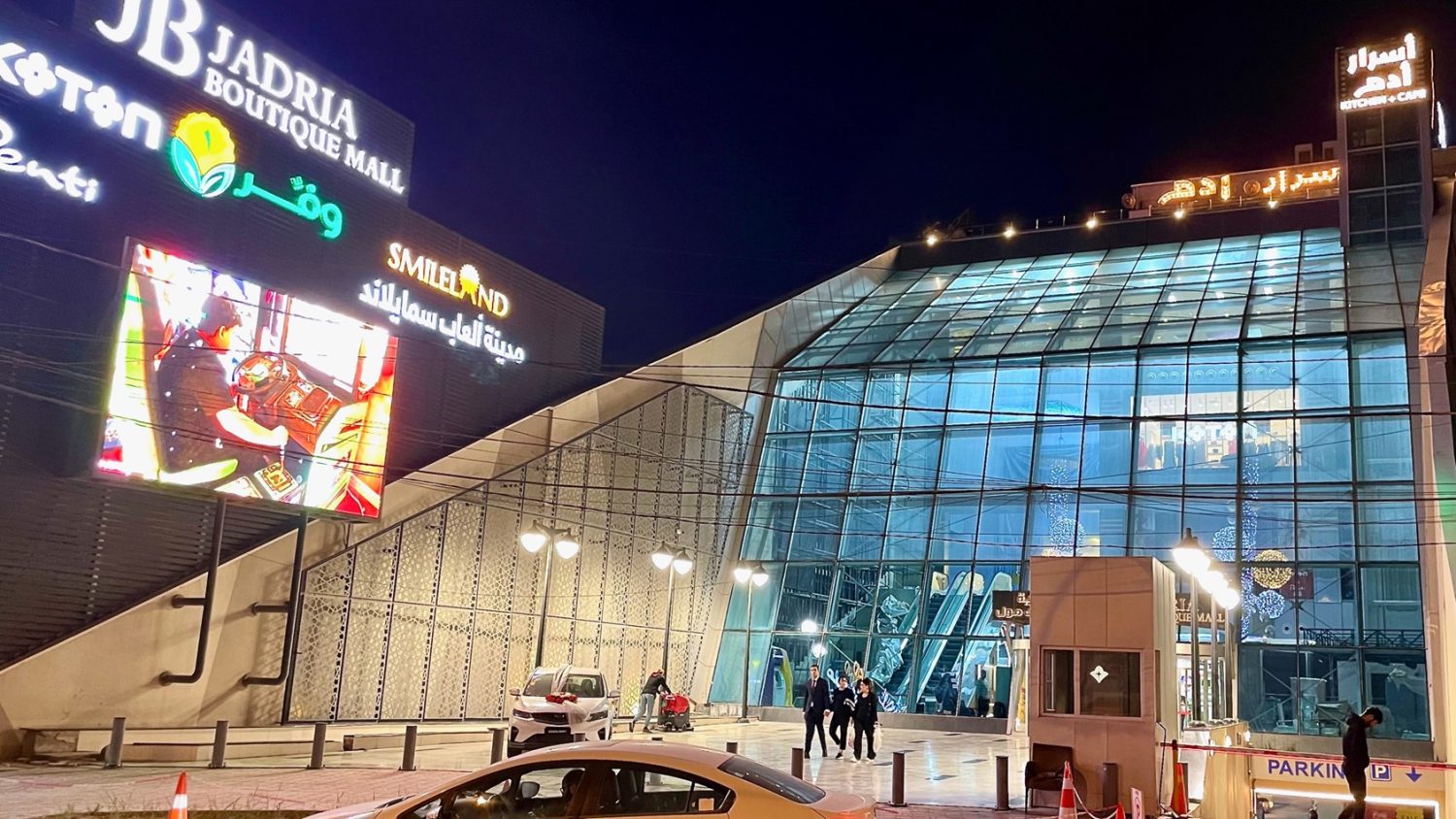 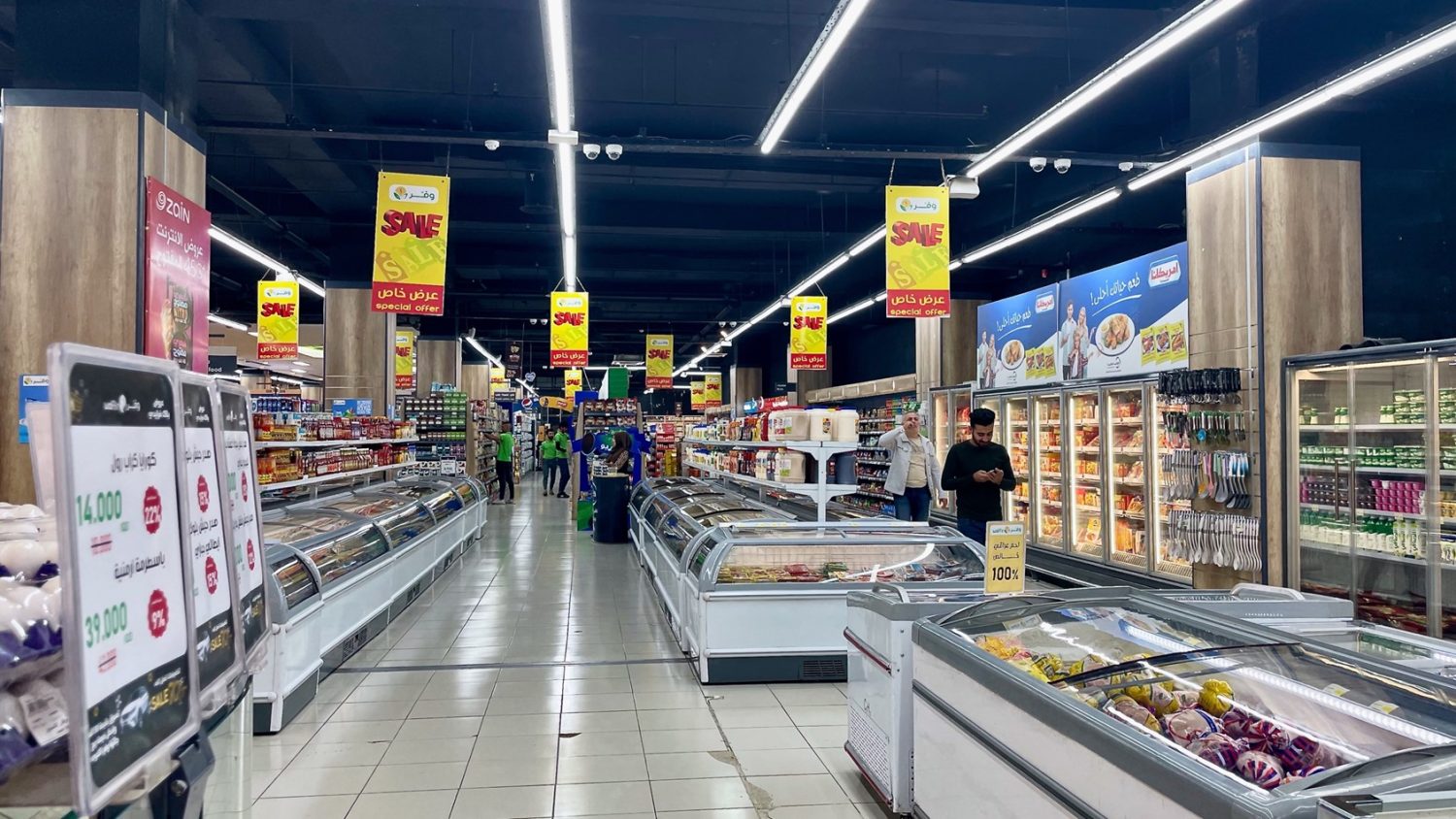 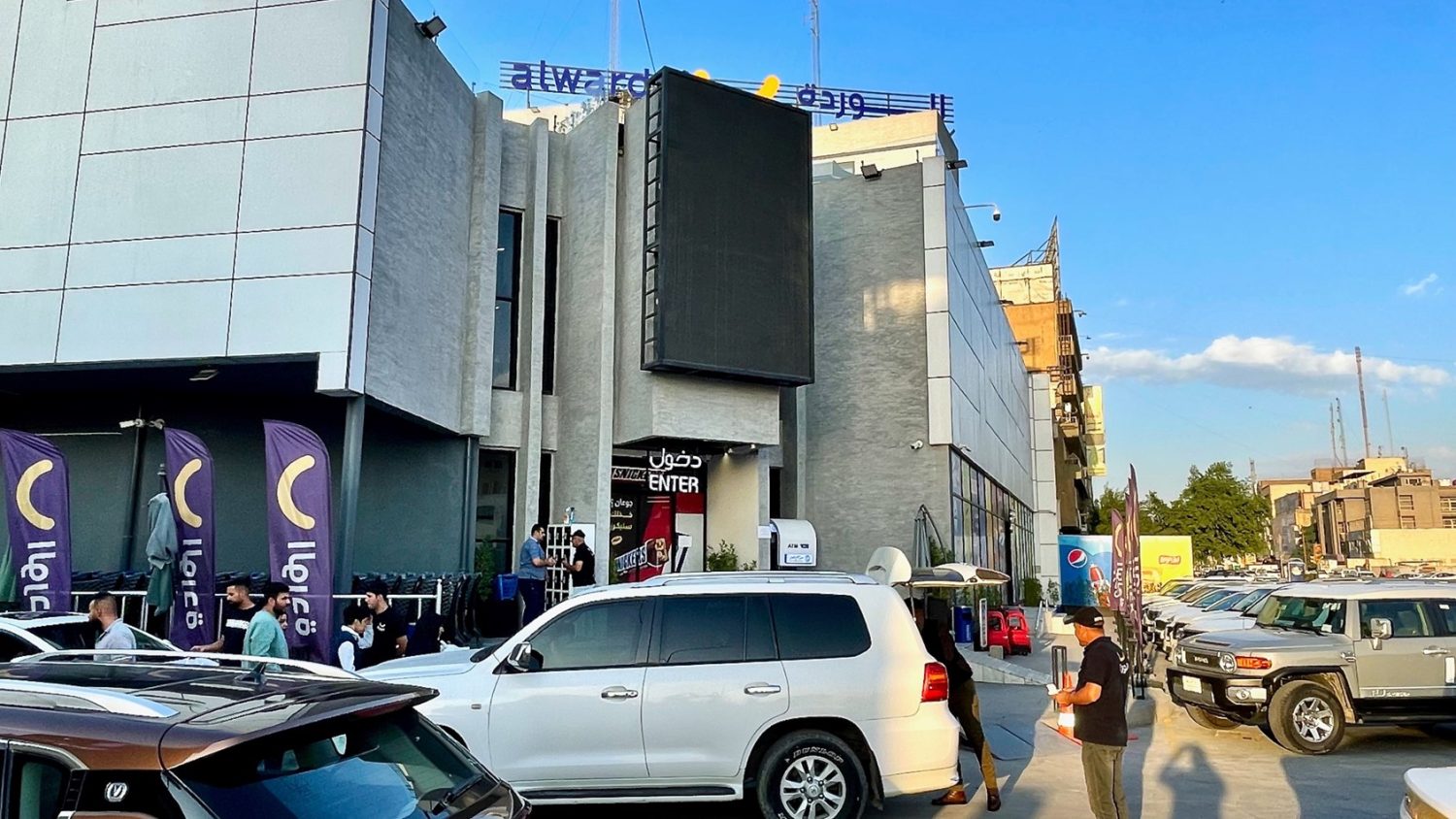 Inside Al Warda in Salman Faiq Street in Kharada-Baghdad 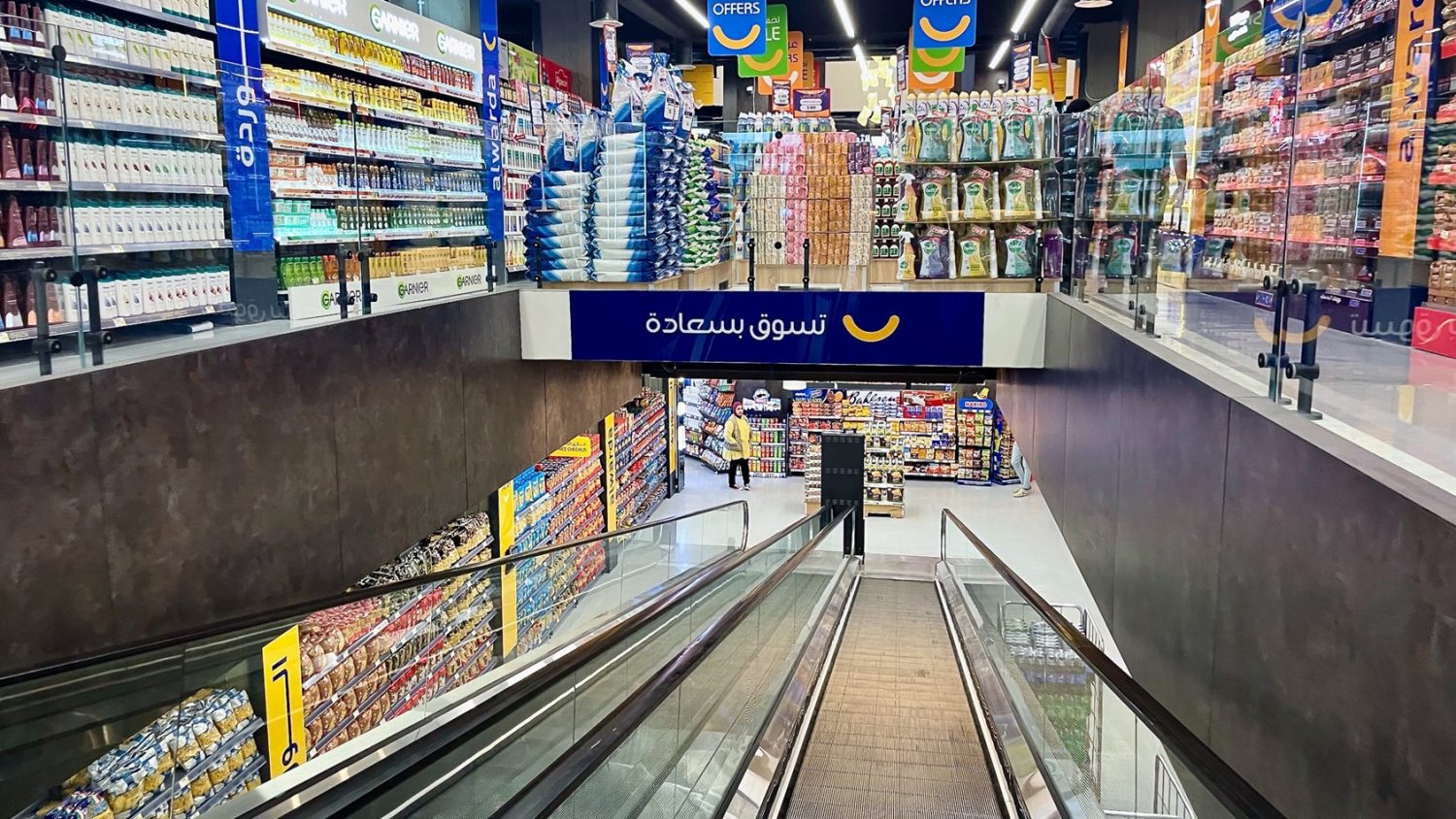 Inside Al Warda in  Salman Faiq Street in Kharada-Baghdad 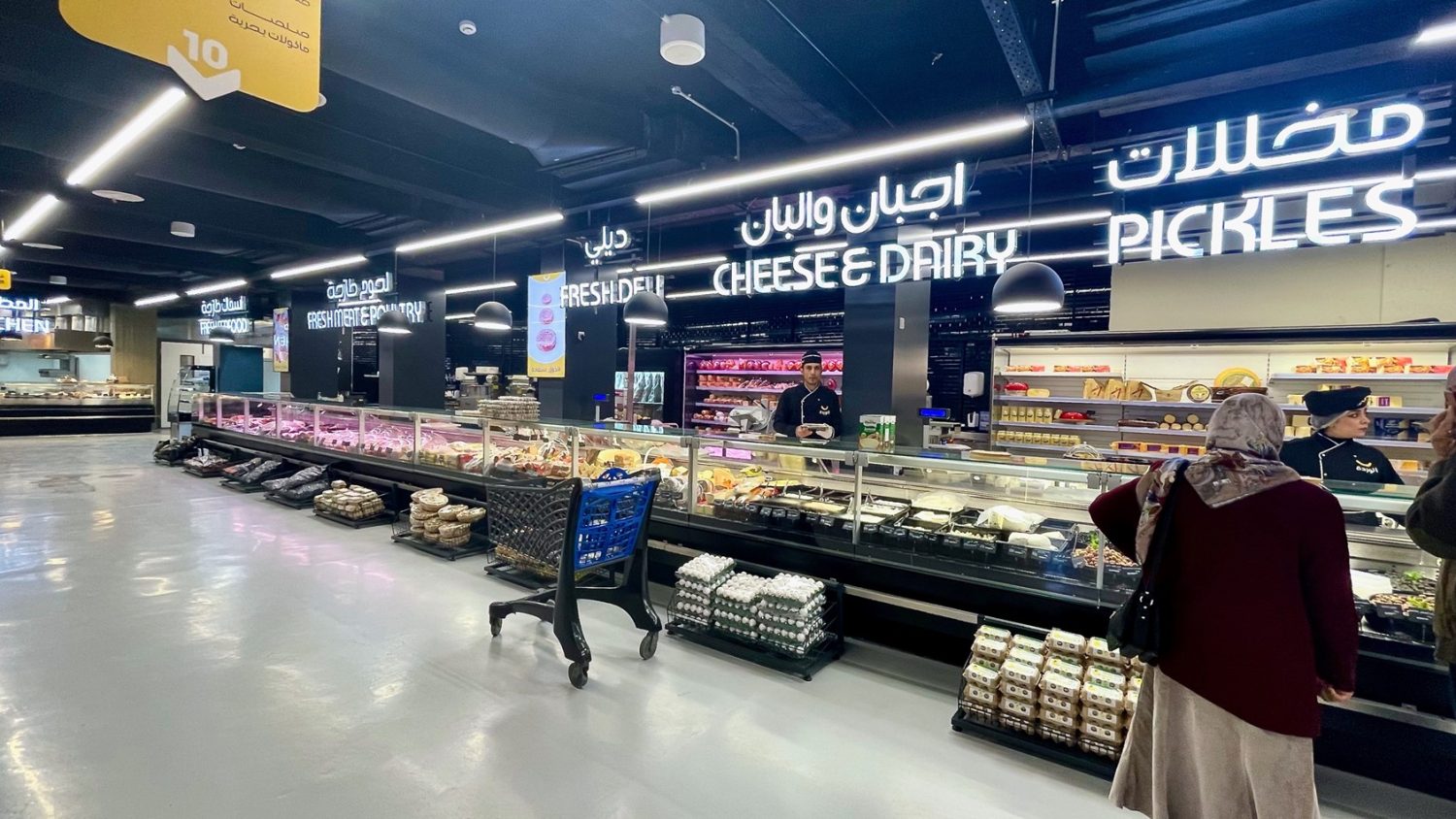 The above photos contrast, with the those below of the somewhat older stores that have narrower isles, with almost all available spaces utilised to offer variety and choice - and as such the newer stores provide an enhanced customer experience. All photos taken by the author during recent shopping trips.

Inside the Green Apple in Jordan Street, Mansour-Baghdad 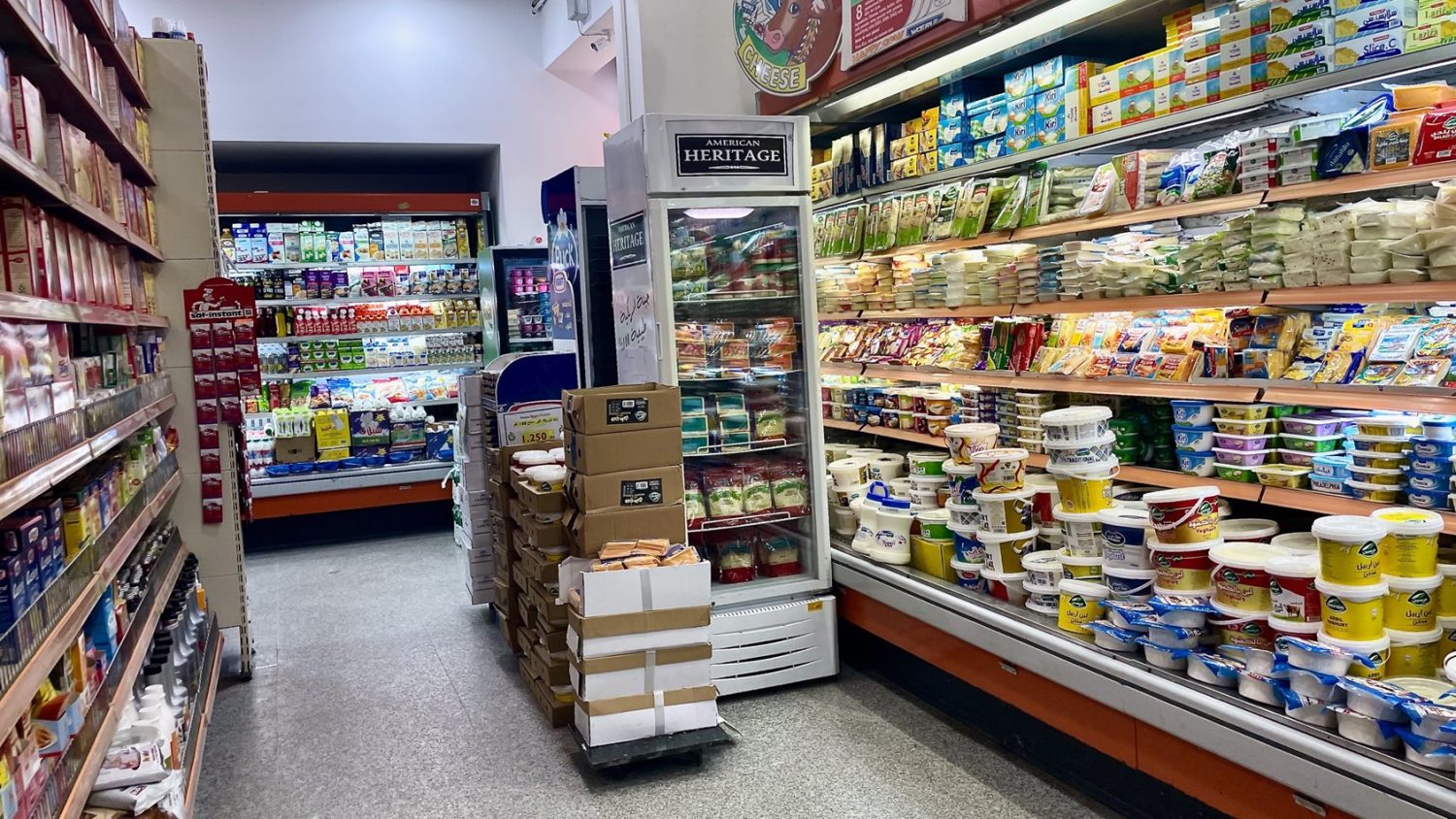 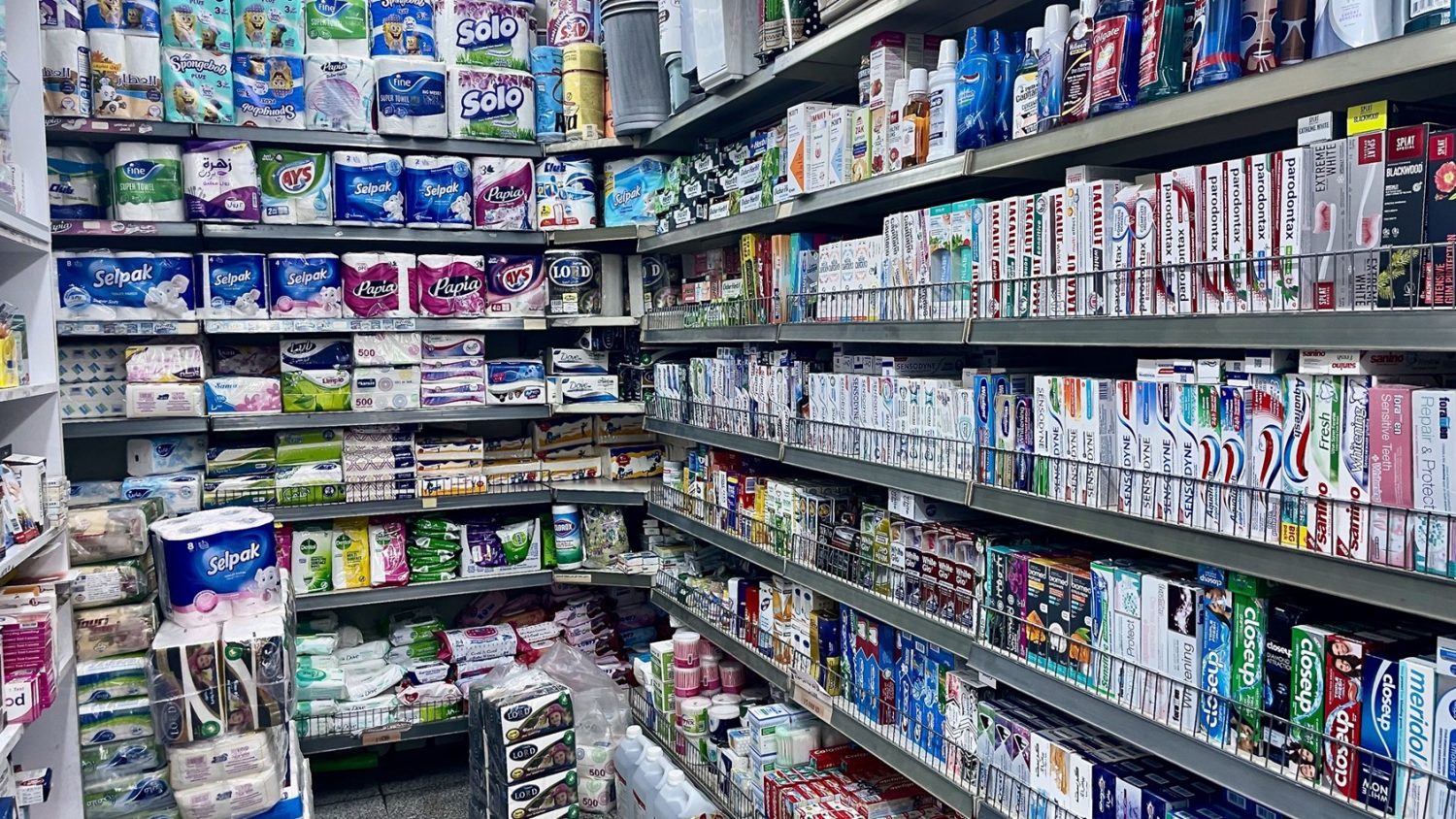 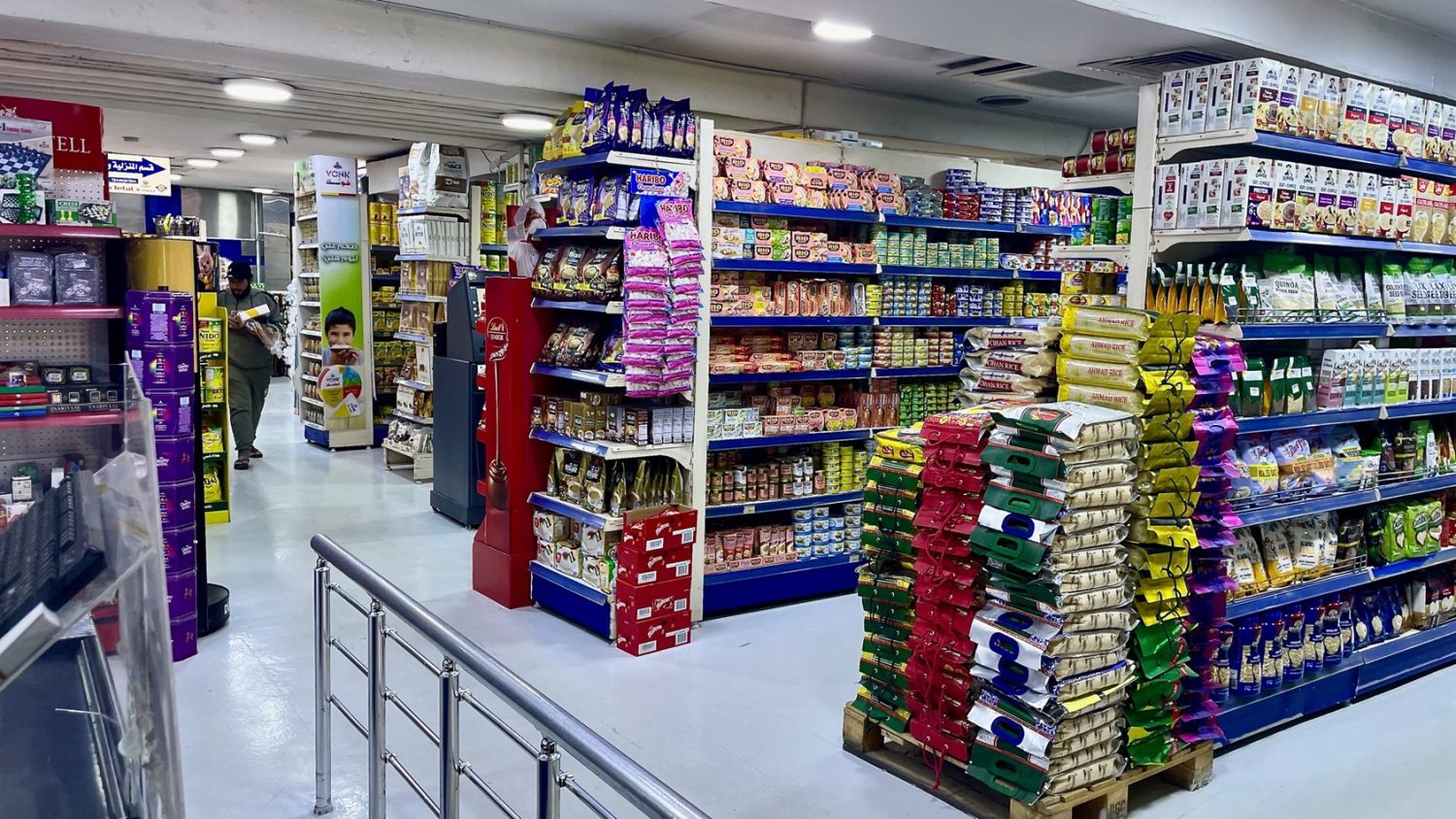 In the meantime, all of these supermarkets are seeing a significant increase in footfall over the last two-years, likely matched by sales, as can be seen from the Google mobility data (below chart) which shows that economic activity, in particular activity in the grocery sector has recovered, 240% above the levels that prevailed pre-2020's great lockdown. 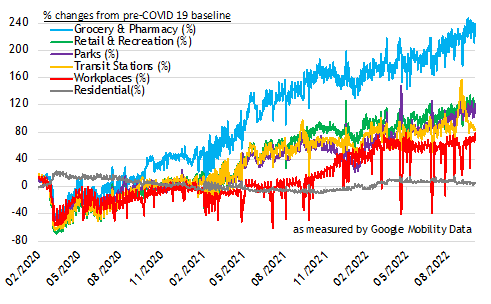 (Source: Google, data as of October 15th October, after which Google will not be updating global mobility data)

Tabaqchali: Banks and the Predictability of Earnings