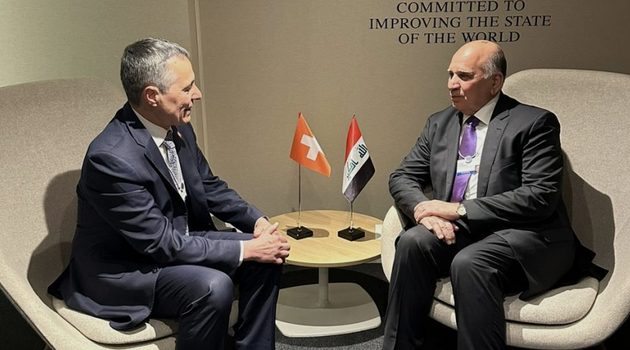 Minister Hussain emphasized that Iraq is playing a role in bringing the perspectives of some regional countries together, with the aim of creating a stable environment in the region.

The two ministers also discussed the issue of reopening the Swiss embassy in Baghdad, as a starting point for attracting Swiss investments and companies to Iraq.

The Iraqi Foreign Minister emphasized the importance of learning from the Swiss experience in managing diversity and reflecting that in democratic processes. He also touched on the Swiss "Blue Peace" initiative and how to benefit from it through Swiss support.

The Swiss Foreign Minister thanked for the meeting and confirmed his support for the reopening of the Swiss embassy.