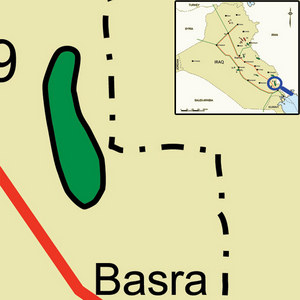 Developed by: State-owned Basra Oil Company (BOC) took over the field at the end of June 2018, with operations and maintenance contracted to Chinese company Anton Oilfield Services Group (Antonoil) and the US company KBR. Originally awarded in 2009 to Shell (45%), Petronas (30%) and Maysan Oil Company (25%).

Contract granted: Originally awarded in second licensing round (2009), then re-awarded in 2018.

Remuneration: $1.39 per barrel of oil