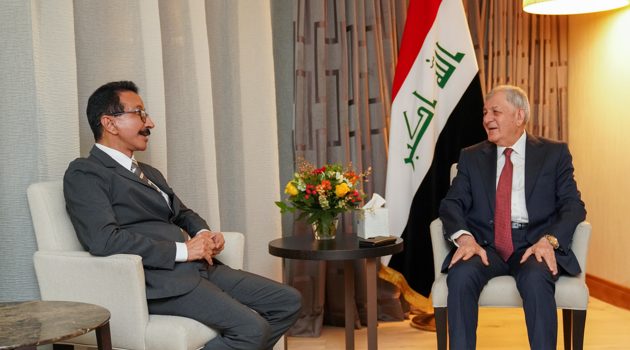 By Editor on 20th January 2023 in Construction & Engineering In Iraq

The President of the Republic of Iraq, Abdullatif Jamal Rashid met with the Group Chairman and Chief Executive Officer of DP World and the Chairman of the Ports, Customs and Free Zone Corporation, Sultan Ahmed Bin Sulayem alongside the CEO and Managing Director - of the Middle East and Africa at DP World, Suhail Al […]