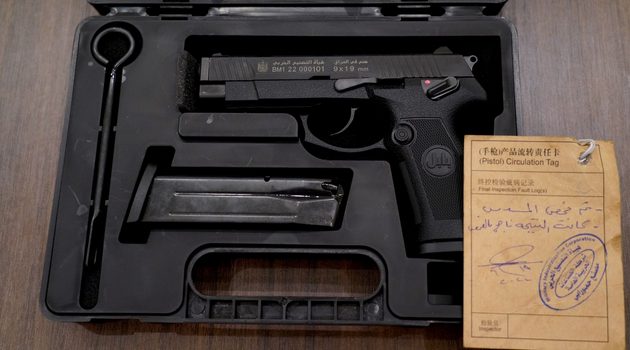 By John Lee. Prime Minister Mustafa al-Kadhimi, in his role as Commander-in-Chief of the Armed Forces, has been presented with the first pistol to be produced by Iraq's Defence Industries Commission (Military Industrialization Authority). The 'Babel' handgun was presented by the Commission's President, Mohamed Sahib Al Daraji, to the Prime Minister on the sidelines of […]