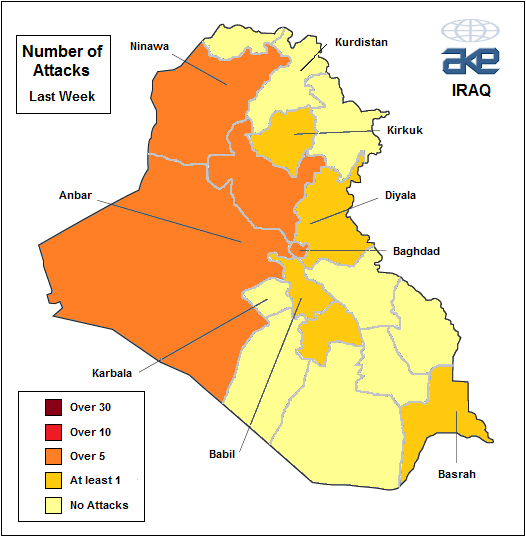 By JohnDrake on 9th May 2012 in Weekly Security Update

There was a slight rise in the number of attacks recorded in Iraq last week but the overall number of casualties fell from the previous week. At least 26 people were killed and 62 injured in nationwide incidents. A total of 31 bomb attacks left 11 people dead and 57 injured while small arms fire […] 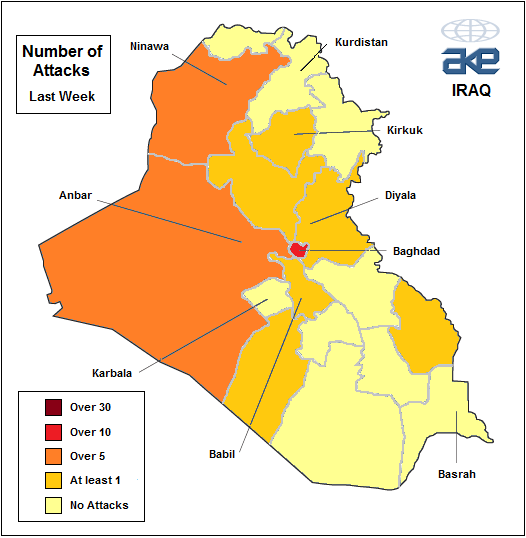 By JohnDrake on 5th January 2011 in Weekly Security Update

Overview Last week saw a rise in the number of attacks taking place in Iraq. Militant activity was concentrated in the centre of the country and in the northern city of Mosul. There were at least three suicide bombings in Anbar and Ninawa provinces while a Kurdish civilian was reportedly kidnapped in Kirkuk. As warned […]