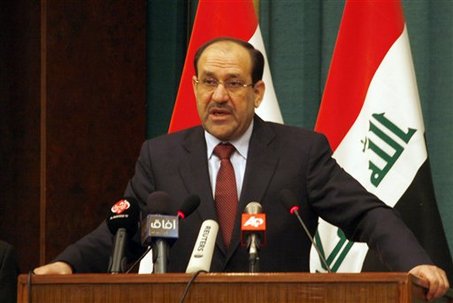 By admin on 23rd February 2010 in Iraq Public Works News

Prime Minister Nuri al-Maliki opened a project for water desalination in Faw, south of Basra, during his recent visit to the governorate. Energy project is estimated at 800 cubic meters per hour, according to the governor of Basra Chiltag Abboud Mayah. He said that the project was funded by the Ministry of Municipalities and Public […]

Governor of Karbala said the short visit of Prime Minister Nuri al-Maliki to the city on Sunday, resulted in three important projects the cost of two of them amounting to 25.315 billion dinars (more than 22 million U.S. dollars). The architect Amal al din alhir , that Al-Maliki "laying the foundation for two important projects […]