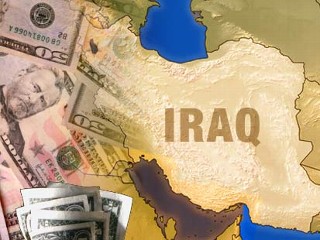 By GavinJones on 6th June 2010 in Iraq Industry & Trade News

Iraq is unlikely to have room to cut interest rates further in 2010, which will see only modest growth, and the government should look to boost the economy by attracting more private capital, a central bank official said.

Mudher Kasim, a senior advisor in the central bank, said he did not expect the 4 percent figure to be bettered this year, and that centralised economic planning was acting as a structural brake on growth.

Kasim, who participates in the central bank’s monthly policy meetings, said core inflation, which in Iraq excludes fuel, slowed to 3 percent in April and was likely to remain within the bank’s single-digit target range for the rest of the year.

Subdued inflation gave Iraq leeway to cut base rates by 100 basis points to 6 percent in April, but Kasim said he did not expect further cuts this year, though rates might rise. Interest rates are largely viewed as symbolic in Iraq, whose economy outside the state sector and crude oil production is mostly informal, serving more as a guide to bank rates than a direct monetary mechanism.

The exchange rate for the dinar currency is determined by the central bank at regular currency auctions. Iraq is starved of investment and the process of rebuilding a nation that is still emerging from the shadow of a 2003 US-led invasion to topple Saddam Hussein has been slow.

The economy is still largely disconnected from the global financial system and is dominated by oil, with exports from the third biggest stock of reserves in the world accounting for more than 95 percent of state revenues. Kasim said it was important for the next government to change the country’s current economic model and focus more on leveraging corporate investment by developing private-public partnerships.

“The problem in Iraq is that 90 percent of the wealth of the nation is in the hands of the government. So centralism always dominates the mindset everywhere,” he said. “This (public-private partnership) is the best model for Iraq. I think the next government should take this model, otherwise there is no solution.” Iraq is in a political vacuum after a March 7 election which produced no outright winner, but a high court certification of the results earlier this week means electoral blocs can now begin serious negotiations to form a government.

The current administration has said it is open to PPPs and is considering awarding the country’s fourth mobile phone license to an entity jointly run by the state and the private sector. The state is by far the biggest employer in Iraq, although unemployment is high and currently sits at 18 percent.