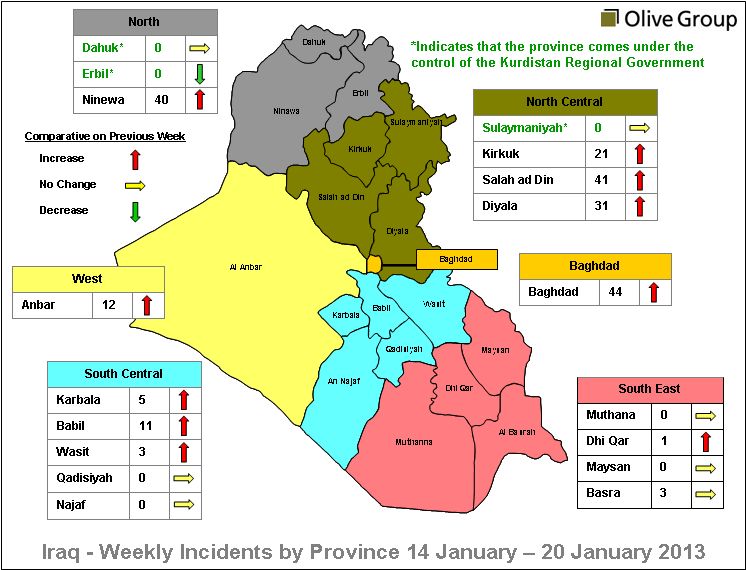 By Gary Sandiford on 23rd January 2013 in Weekly Security Update

The total number of reported incidents in Iraq for the period 14 – 20 January 2013 was 212.  This is statistically the highest figure of the last 12 months and marks a return to exceptionally busy reporting following a brief lull last week.  The North Central Region constituted the largest proportion of this increase; however the North, Baghdad and South Central regions also recorded above average levels.  Interestingly, the recent high figures have come in the absence of a well-defined attack series, which generally accounted for high weekly totals in 2012.  Rather it appears that insurgents may be seeking to maintain smaller, but more frequent rates of activity. 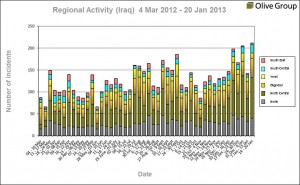