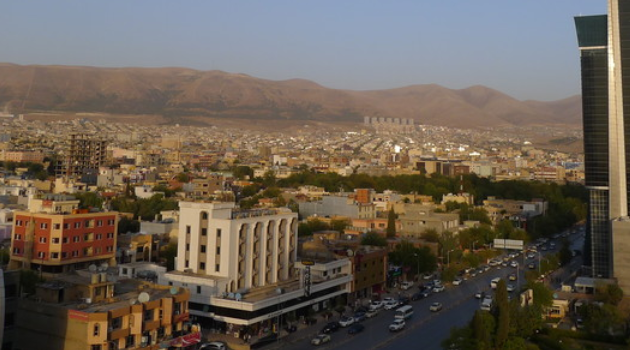 Is Iraq’s Most Rebellious City on Verge of Economic Collapse?

The people of the northern Iraqi city of Sulaymaniyah are proud of their culture and the way they can debate politics so openly. But always being in opposition comes with a high price.

The northern Iraqi city of Sulaymaniyah prides itself on its contrary but open nature. It is most definitely one of the most relaxed cities in the country, culturally speaking. And many locals believe that, as a result, it is also one of the cities in the country most inclined to protest or to get involved in political conflict.

The problem with this is, some analysts are now saying, is that the city is also paying a financial price for its historical outspokenness.

The latest political stoush to upset the city is a rift in the political party that more or less runs the town, the Patriotic Union of Kurdistan, or PUK. At the beginning of September, two very senior members of the PUK - Kosrat Rasul Ali and Barham Salih – announced that they were forming a new group inside the party that they called “a decision making centre”. The new decision-making wing of the party was supposed to provide opposition to the woman who is considered by many to be leading the party right now, businesswoman Hero Ibrahim Ahmad, who is the wife of former Iraqi President, Jalal Talabani.

Locals were concerned that the tension between the two blocs inside the PUK could even lead to violence inside the city.

“Conflicts inside the PUK always have a big impact on the city,” PUK member, Farid Assasrad, told NIQASH. “And its often a negative impact.”

Local journalist, Asos Hardi, founder of the independent newspaper, Awene, believes that Sulaymaniyah’s lively culture means that the city will always be a magnet for trouble. “It is one of the most vital cities in Iraqi Kurdistan, and in Iraq, and that’s why both political and cultural movements have thrived here, throughout the city’s history,” Hardi says. “This city is built on a civil society and that’s why conflicts come out into the open decisively here.”