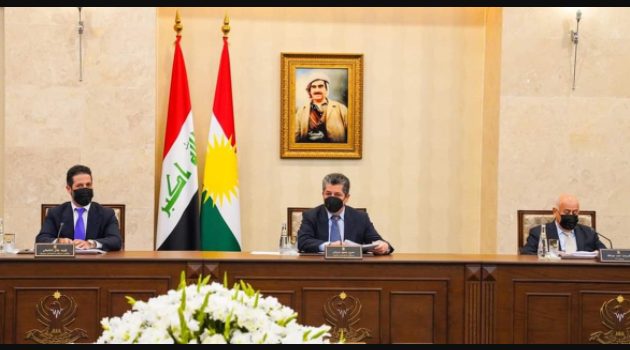 The Council of Ministers of the Kurdistan Region of Iraq has approved Soran and Zakho as autonomous administrations, in a meeting led Prime Minister Masrour Barzani.

Prime Minister Barzani cited the size and significance of both districts as reasons to grant them autonomy, and proposed that self-governance would ease the workload of people in those areas.

The Council approved the proposal, and relevant ministries were tasked with commencing the legal paperwork.

The Prime Minister also addressed the dangers of unlicensed weapons in the Kurdistan Region. He stressed that owning and selling weapons should only be done with the approval of the Ministry of Interior, who later proposed a draft bill to end unlicensed weapon possession.

Health Minister Saman Barzanji briefed the ministers on the recent increase in COVID-19 infections, and discussed measures being taken to fight off the deadly pandemic.

The Council emphasized that such measures must be implemented in a way that saves lives and protects livelihoods simultaneously, but called on the international community for aid in providing vaccines to the region.

Reorganizing revenue, strategic dialogue between Iraq and the US, and providing fuel for people in winter were also discussed during the meeting.

One Response to Soran and Zakho to be Autonomous Administrations