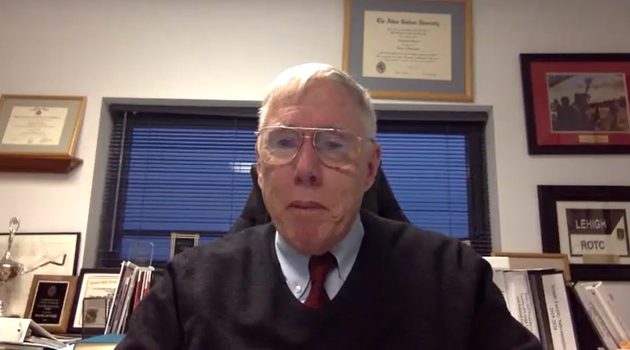 Professor Frank Gunter of Lehigh University gave a webinar on the recently published 2nd edition of his book -- 'The political economy of Iraq, restoring balance in a post-conflict Society' -- interviewed by Lizzie Porter, Senior correspondent at Iraq Oil Report, for the IBBC.

In a wide-ranging talk, the key themes that Professor Gunter articulated included three main observations, mainly the challenges and solutions to be faced, which are namely the regulatory hostility to the private sector, the growing demographic time bomb of unemployment and under-employment, especially among young people, and the issue of corruption.

Iraq is deemed by the World Bank as 172 out of 190 in difficulty of doing business and the regulatory environment and corruption. The Government of Iraq (GoI) could tackle this firstly by focusing on elementary schools to iron out its acceptability at an early stage, strengthening and consolidating the commission of integrity, as well as reducing the bureaucratic burden of decision making to businesses.

The GOI could also easily adopt the World Bank's commercial code, or that of the Emirates. Many questions and issues were aired, including the cost of corruption, and the opportunity to create a free zone to trial a new commercial code, and the establishment of a sovereign wealth fund or an Energy fund. Iraq does not have the luxury time to implement the necessary changes as the unemployment drum is beating fast, with all the attendant political and economic issues it may bring if Iraq fails to develop the private sector fast enough.

For a full view of this interesting discussion please see the video below: