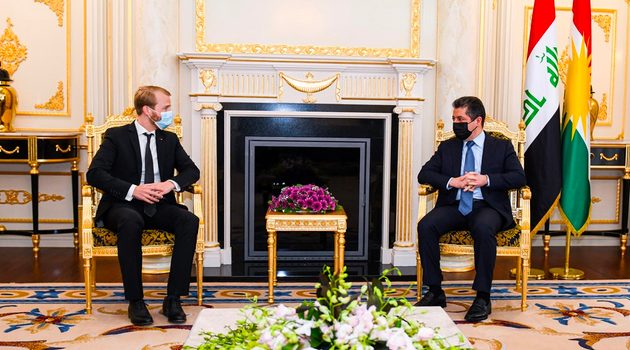 By Editor on 14th February 2022 in Iraq Transportation News

KRG Prime Minister Masrour Barzani on Thursday met with the representative of the German Deutsche Bahn railway company for Europe and the Middle and Near East.

In the meeting, attended by the German Consul General in Erbil, the company's representative briefed the Prime Minister on agreements between the KRG and the company regarding the implementation of railways in the Kurdistan Region.

He remarked that these are the initial steps in a large project that consists of several stages, and involving cooperation from multiple companies.

Prime Minister Barzani emphasized the importance of this project and its value in strengthening the economic infrastructure in the Region and connecting various cities in the Kurdistan Region with one another, and with other parts of Iraq.