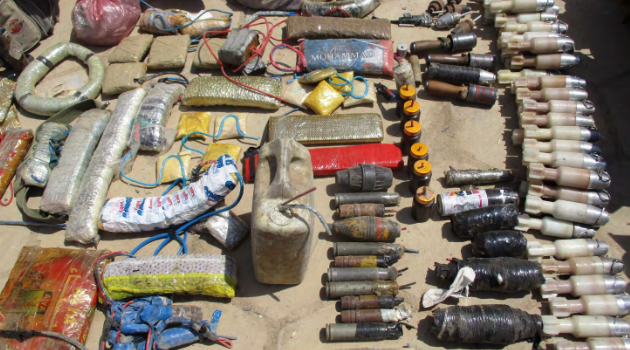 The United Nations Mine Action Service (UNMAS) welcomes an additional contribution of EUR 480,000 (approximately USD 550,000) from the Crisis and Support Center of the French ministry of Europe and Foreign Affairs that will support life-saving mine action activities in Iraq.

Activities will include survey and clearance of areas liberated from Da'esh contaminated with explosive ordnance and the provision of technical and advisory support to national authorities.

Four years after the Government of Iraq declared victory over Daesh, the presence of explosive ordnance, including improvised explosive devices, continues to kill and maim civilians, hindering the durable and safe return of internally displaced persons and inhibiting reconstruction efforts.

The Government of Iraq and other national actors maintain mine action capacities within a number of government entities and established mine action authorities, though the demand for assistance far exceeds the resources available.

Through this grant, UNMAS will continue to assist the Government of Iraq to carry out clearance and risk education in liberated areas to create safe spaces for returns and protect Iraqis from explosive threats.

Local capacity enhancement will also be prioritized through a partnership model that brings together international mine action organizations with local NGOs, paving the way for localization and a sustainable mine action response in Iraq.

Commenting on the contribution, the French Ambassador to Iraq, Mr. Eric Chevalier, said:

"Demining is often the first step in restoring stability and bringing back a normal life in conflict zones. As such, it is a priority of our support to the Iraqi territories liberated from Da'esh. Since 2019, France has supported UNMAS with 1.6 million euros.

"Through the Crisis and Support Center, France has also been directly funding several mine action NGOs. In 2022, France stays committed to the fight against Da'esh and to reconstruction efforts for the benefit of the Iraqi people."

Mr. Pehr Lodhammar, Chief of Mine Action Programme of UNMAS in Iraq, said:

"France has been a core supporter of UNMAS activities in Iraq since day one. This additional contribution will go a long way in assisting UNMAS to further develop local mine action capacities in country, which will be the primary building blocks for a strong and independent nationally-led mine action sector in Iraq,"