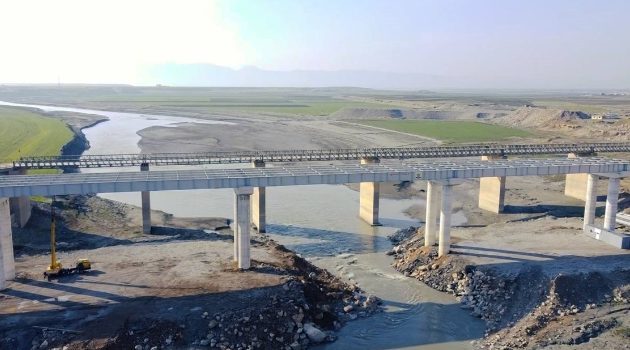 By Editor on 8th January 2023 in Construction & Engineering In Iraq, Iraq Transportation News

Ranya bridge to be the longest bridge in the area

A statement from the Kurdistan Regional Government (KRG) has said that the Ranya bridge, which connects Raparin administration with Sulaimani province, will be the longest bridge in the area and will be completed within six to eight months.

Hiwa Abdullah, an engineer on the project, spoke of the importance of the bridge and told the KRG's website that "the project is one of the continued and strategic projects of the government in the border of Raparin administration, and it is the first time such a project is built in the area."

"After work on the project stopped for a while, the KRG allocated a sum of money to finish the project, which is when the work resumed. If we are not hit with another economic crisis, then the project will be completed within six to eight months," Abdullah added.

Sixty percent of the project has been completed so far.

Himdad Ahmed, supervisor of the Ranya bridge project, said "the length of the bridge is 408 meters and it is 21 meters high. It is built of two sides, each one is 5 and half meters wide."

The foundation stone of the bridge was laid by Prime Minister Masrour Barzani at a cost of 12.416 billion Iraqi dinars.