By JohnDrake on 2nd March 2011 in John Drake

Radical Islamists may be attacking the Iraqi energy sector in an attempt to push up the already high price of oil. The past week saw attacks on three oil tankers and a refinery in the central provinces.

Militants attacked Iraq’s largest refinery, located in Bayji in Salah ad-Din province on 26 February. Gunmen entered the facility, killed four employees and detonated explosive devices around the premises, causing damage and leading to a temporary shutdown in operations. Services have now been resumed at Bayji but the repairs are likely to take weeks, if not months to complete.

Coincidentally, the same week also saw an unexplained blast and disruption in service at a refinery in Arbil while a fire at the refinery in Samawah in the southern province of Muthanna also led to a suspension in services. 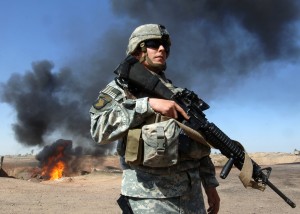 Radical Islamists have targeted the energy sector in the Middle East on numerous occasions over recent years. However, their current intent to do so is likely higher than normal, given that oil prices are so high.

This market trend presents an opportunistic vulnerability in Western markets that Middle East terrorist organisations may seek to capitalise on. Further attacks will only push the price higher at a time when Libya, the source of two per cent of the world’s oil consumption needs, is currently in a state of disarray.

Unrest in the Middle East currently spans from Algeria to Bahrain and has already pushed up the price per barrel. Western economies may soon begin to feel the pinch, and al-Qaeda is likely intent on exacerbating the impact.

This above series of events may have been entirely coincidental in their timing, and may have been conducted by completely different groups. Nonetheless, a rise in the oil price will increase the overall strategic value of associated infrastructure.

Those responsible for security at oil-related operations should therefore review the protective measures in place at their facilities and be prepared for further attacks over the coming weeks.

5 Responses to Attacking the Oil Sector