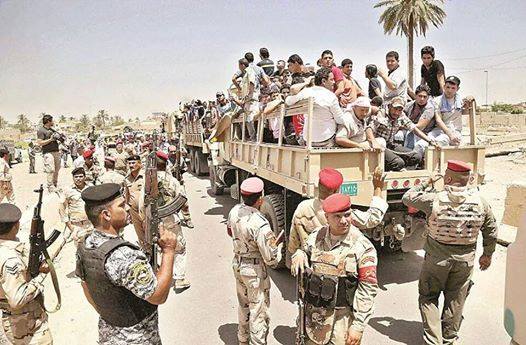 The vast majority of Iraqis, Shi'a, Kurd and Sunni, are preparing themselves to confront the threat of“Daash”. That's the Iraqi shorthand for the “Islamic State of Iraq and ash Sham” (Al Dawalah Al Islamiy fe Al Iraq wal Al Sham).

The idea that ISIL's advance could yet unite a new front of resistance was put to me recently by Ginger Cruz, CEO of Mantid International, who returned last week from a business trip in Iraq.

Her company work in an advisory role to the Karbala governorate and foreign companies, and she kindly agreed to answer a few questions about the current crisis. Mantid International have offices in Washington, Beirut and Baghdad.

Baghdad is not about to fall. Undoubtedly, the news is grim: in addition to the fact that the “belts” around the city are contested and huge swathes of central and western Iraq are battlefields or under ISIL control, Iraq’s capital is bracing itself for some kind of offensive.

The possibility of  street fighting in some districts of western Baghdad is very real, and the the situation there is “very tense” according to a friend in al-Ameriya. According to another source, life at Baghdad International airport goes on as normal, but again things are tense.

Sunni majority and mixed areas of the city are worried about a return of widespread sectarian violence, even as Grand Ayatollah Ali al-Sistani continues to call for restraint. In some areas outside the capital, Shi’a dominated Iraqi units still cooperate with Sunni “Sahwat”-- men who reject domination by ISIL, even if many despise Maliki.

The Sahwa movement today is a shadow of its former self, but all this bleak news is not the whole story: most of southern Iraq, so vital to the country’s economy, will be unscathed. The same applies to the increasingly confident Kurdish region.