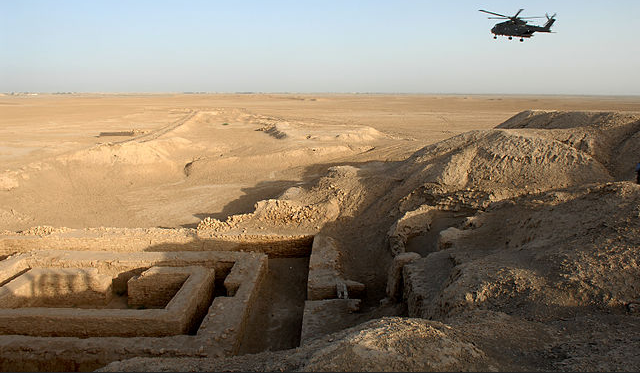 By Editor on 19th October 2015 in Iraq Public Works News, Leisure and Tourism in Iraq

The current situation of archaeological sites in Iraq is saddening. These sites are neglected, abandoned, lack organized protection, and are covered by sand and exposed to tampering by modernists and thieves. Al-Monitor visited the city of Kish and the ancient city of Uruk where the situation was no different.

Uruk, known as Warka in the local Arabic dialect, lies in Muthanna governorate in southern Iraq, 270 kilometers (168 miles) south of Baghdad. This city was built in the fifth millennium B.C. and witnessed the emergence of the famous epic of Gilgamesh, its hero and king. Such a glorious past could make Uruk a great source of antiquities and research, yet its current situation is a story of neglect.

Since the discovery of the city in 1849 by British archaeologist William Loftus and the excavations by German missions in the 1970s, no archaeological expert has examined the site, which remains to date deprived of urbanization methods and services.

Al-Monitor visited the site in June and found that the ancient city of Uruk is nothing but soil structures, remains of building foundations and walls penetrated by the wind. It is a deserted area, with no administrative organization allowing its introduction to the public, and no water and electricity services.

Ahmed al-Zawalm, a local farmer, told Al-Monitor that he grew up in Uruk. He said, "I only came near this site once in the 1990s when some guests wanted to visit the place. There is no point in visiting this site that shelters forces of evil, harbors demons and witnesses every now and then supernatural phenomena."