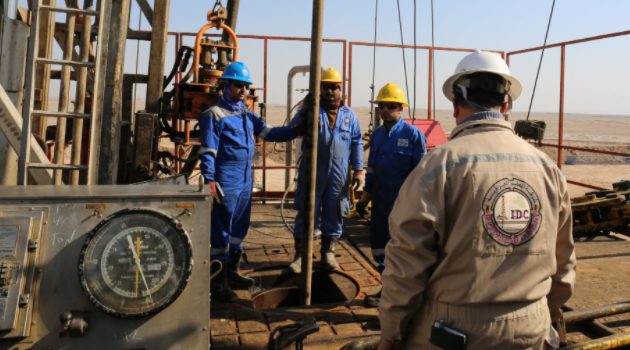 The Iraqi Drilling Company (IDC) has announced its intention to conclude contracts with Chinese and American companies operating in Iraq to drill and rehabilitate dozens of oil wells in the country.

The company indicated it is about to start drilling 20 wells in the Nasiriyah field in Dhi Qar, which are included in a long-term plan with the Dhi Qar Oil Company (DQOC) to advance the oil sector, due to be completed in over two years.

After the relative relaxation of the impacts of the coronavirus, the Iraqi Drilling Company resumed its negotiations with the international companies developing oil fields in the country and their counterparts affiliated with the Ministry of Oil in the provinces, in preparation for signing the postponed contracts with the aim of enhancing Iraq's energy capabilities.

The drilling and rehabilitation contracts, hoped to be concluded soon, include drilling 37 wells in the Zubair field for the Italian company ENI, the main operator of the field, and starting discussions with BP, the main contractor in the Rumaila field, to develop the giant field west of Basra.

This is in addition to the near signing of a contract to drill 43 wells in Majnoon field with the Basra Oil Company (BOC), which is the third largest oil field in the world, with reserves of 6.12 billion barrels.