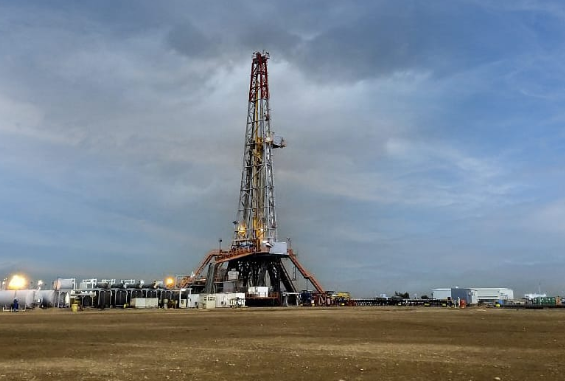 The Iraqi Drilling Company (IDC) has recently completed the drilling of oil well 48 at the Nasiriyah oil field.

The company's general manager, Engineer Basem Abdel Karim Nasser, said this was part of the contract with Dhi Qar Oil Company (DQOC) to drill 20 oil wells at the field in cooperation with US-based Weatherford.

Drilling operations were carried out over 18 months using the IDC 44 drilling rig.

IDC has also recently completed the drilling of oil well J120P in the Al-Gharraf field, which reached a depth of 3,037 meters.

Nasser said this was the thirteenth well drilled as part of the contract with the Malaysian Petronas company to drill 28 directional oil wells in the Al-Gharraf oil field in Dhi Qar Governorate.

The work was carried out using the IDC 54 drilling rig (pictured), which has a power of 2000 HP.

The company owns 43 drilling and reclamation rigs distributed in the Iraqi oil fields.